Islam, Not so facial hair friendly after all! The Dali camel?

Malik Amir Muhammad Khan Afridi is a Businessman from Pakistan, who is facing troubles for his long mustache. Recently he was kidnapped by Islamists over his 30 inch long mustache and was held in a cave for a month until he shaved.  Terrorists threatened to kill him if he didn't shave.

Malik Amir Mohammad Khan Afridi and his Moustache
Malik Amir Muhammad Khan Afridi, 48 years old and the father of 10 children has now requested Britain to grant asylum as he faces life threat in Pakistan. He has now grown it back, vowing never to be bowed by the terrorists again despite death threats and kidnapping by Islamic extremists.
According to Afridi this has been his identity since the age of 22. He says,  ’I don’t like smoking. I’m not fond of snuff, or drinking. This is the only choice in my life. I’d even sacrifice food, but not the mustache. It’s my life. It’s not part of my life. It is my life.
Moreover it is not cheap to maintain such a big mustache . He has to spend over ₹ 10,000 every month in order to maintain it. He spends 30 minutes  daily tending to his flowing mustache.
His Mustache gave him a popularity, but this also earned wrath of Islamic Extremist Groups. A group called Lashkar-e-Islam, which controlled swathes of the Kyber district of Parkistan, near the border with Afghanistan had decreed that mustaches and beards must be shaved or trimmed short.
Lashkar-e-Islam demanded protection money from him and upon refusal he was kidnapped and locked in a cave for 30 days until he shaved off his mustache.
He however has grown it back and moved to Faisalabad when he started getting threats of kidnapping again and now has applied for asylum to British Government.
From the Bihar news
Posted by MuddyValley at 7:24 AM 2 comments:

We borrow it from our Children 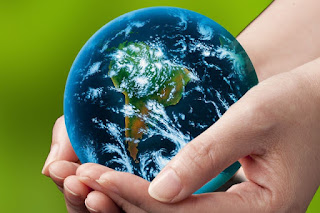 From the BBC, a politician that ours could well advised to learn from.
"It's a common grumble that politicians' lifestyles are far removed from those of their electorate. Not so in Uruguay. Meet the president - who lives on a ramshackle farm and gives away most of his pay.
Laundry is strung outside the house. The water comes from a well in a yard, overgrown with weeds. Only two police officers and Manuela, a three-legged dog, keep watch outside.
This is the residence of the president of Uruguay, Jose Mujica, whose lifestyle clearly differs sharply from that of most other world leaders.
President Mujica has shunned the luxurious house that the Uruguayan state provides for its leaders and opted to stay at his wife's farmhouse, off a dirt road outside the capital, Montevideo.
The president and his wife work the land themselves, growing flowers.
Ten days ago, the lower house of Uruguay's parliament passed a law legalizing marijuana, reflecting a growing sentiment in Latin America that the current prohibition on drugs should change.
"But what are we thinking? Do we want the model of development and consumption of the rich countries? I ask you now: what would happen to this planet if Indians would have the same proportion of cars per household than Germans? How much oxygen would we have left?
"Does this planet have enough resources so seven or eight billion can have the same level of consumption and waste that today is seen in rich societies? It is this level of hyper-consumption that is harming our planet."
Mujica accuses most world leaders of having a "blind obsession to achieve growth with consumption, as if the contrary would mean the end of the world"."
----------------------------------------


Whether or not climate change is caused by man, or is just a normal cycle is irrelevant. Either way, I do believe that we contribute to it. The real problem is man's overpopulation, which feeds the utter disrespect by the majority, to our environment and the world's ecology in general. The days of safaris and the unchecked hunting of Africa's game has depleted and brought them close to extinction. Those that are left are being slaughtered for food and folk medicine by the hungry and greedy respectively. The dried hair from rhino horns bringing $1,400/oz in Viet Nam.
The rain forests are being cut down. The old growth forests here in Oregon with the exception of a few protected acres have been cut and re-planted as tree farms. These forests are not the same , if and when they are replanted. Countless thousands of species do not survive in the interim and what results is a forest that is a ghost of it's former self.
The cities are expanding and all those roofs and pavements collect toxic water. This water unfiltered by the earth, then runs unchecked through the storm drains daily, by the billions of gallons and drains directly into and pollutes the oceans.
Wherever man has reached a certain critical population, he has tended to do so at great cost to the earth's, and his children's future. The days of being fruitful and multiplying are past. The earth has only so much room, and while maybe not as fragile as any one particular species that may go extinct on any given day because of man, all of the earth's biota is interconnected and interdependent.
The twenty acres I once lived on far (I thought) from the city, in Florida, are now surrounded by developments and the small two lane country road has become a six lane highway.
The problem cannot be solved simply by carbon credits, electric cars wind generators and such. The problem is that there are too many of us. I do not know what the solution is. But, if we haven't reached a critical mass yet, we soon will, and I do believe that our growth rate is unsustainable.

OK. Rant over. Now I can go back to putting the second coat of paint on my farmhouse. Actually, the second it has had in it's entire life of at least 100 years.

We do not inherit the world from our Ancestors----We borrow it from our Children. (Kenyan Proverb)

Posted by MuddyValley at 7:59 AM 4 comments:

Somewhat similar happened to me once

2 Mexican teens: Van sold by US gov't had cocaine

"MEXICO CITY (AP) — A Mexican family says that a van bought at a U.S. government auction came with an unwanted extra: an undiscovered package of cocaine beneath the dashboard.
Sergio Torres Duarte, 18, and his 19-year-old friend Julio Cesar Moreno were driving to a soccer match in November when they stopped at a routine police highway checkpoint near the Pacific Coast resort city of Mazatlan. They say they were stunned when officers discovered a kilogram (2.2 pounds) of cocaine beneath the dashboard of their blue 2004 Toyota Sienna. Eight months later, they are still in jail fighting drug trafficking charges." Not a coincidence that that the same markings were found on the packages of drugs found in the car by US customs in 2011 before they sold the car.
------------------------------------
I once bought an IH Travalall for some parts for around $100.00. I bought the car from a guy who bought it at a customs auction for the motor, which he pulled before selling it to me. The headliner and door panels were torn out and the car had obviously been searched. For some reason I thought to pull up the carpet under the front seat and see if anything was under it, as it did not look disturbed. Beneath it was an old worn and stained envelope filled with cash. Obviously some past owner's emergency gas or tow money. Not a fortune, but it did cover what I paid for the car!

Posted by MuddyValley at 8:11 AM 2 comments: