This is the third year we've had kestrels in this box by the house. Before we painted & repaired the place they used to nest in a hole some ancient flicker had made in the clap boards. I put this up and they moved right in.
Kestrels are in decline. They are N.America's smallest & most colorful falcons. They eat small animals. Mice, shrews, voles, etc. The adults feed three to four voles/day to each chick and continue feeding them foe a couple of weeks after they leave the nest.. They have four to five chicks per year, 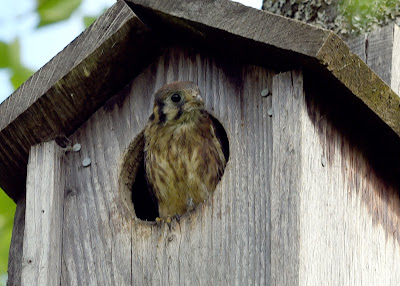 There were four of them 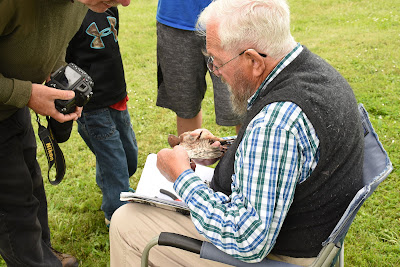 My old friend Jim Anderson from Bend came by and banded them. Jim was my mentor when I was a teenager and the reason for many of my interests. Ecology, wildlife photography and flying to name a couple.
We got them just as they were ready to leave and missed one as it "flew the coop" that morning. 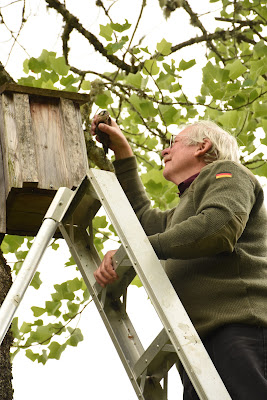 I replaced them after banding, but Jim's grandson took them out as my hand was to large to fit through the hole with a bird in it. I have plans to add a door to the side of the box as well as a small "bird cam" I picked up from a guy in Oregon City.
.
Lots of photo ops the next day when they flew. 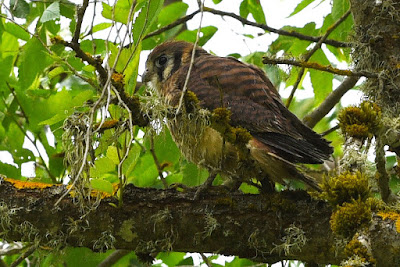 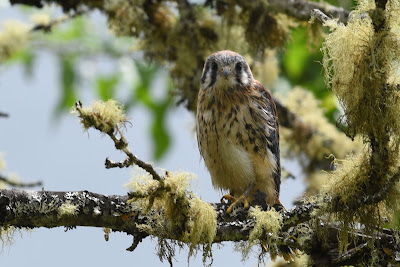 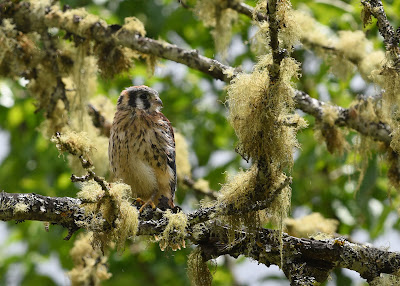 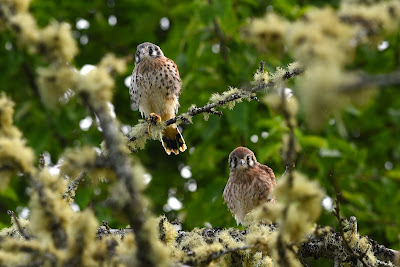 I had time to take one shot of the pair. I looked away and one was gone, but this is my favorite shot. 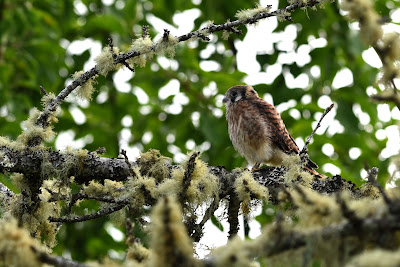 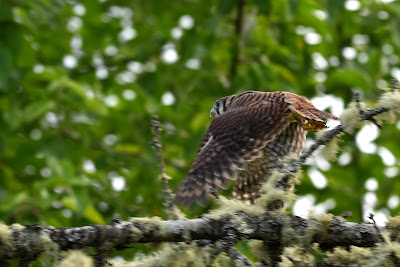 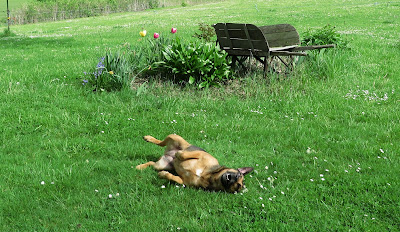 Daisy thought that was pretty funny.

Posted by MuddyValley at 4:37 PM 4 comments: