The problem with heavy equipment

Is twofold. For starters, it's heavy.  Then it breaks and reminds you that (a) it's heavy (b) It waits to break until all it's bolts & nuts are pretty much rusted into place (c) those bolts & nuts are going to be stronger than the tools I pick for my first choices.
The whole thing was too heavy for my trailer, so I decided to remove the part that needed repairing.
The only wrench I had that looked like it would fit was about 1/32 too small. Resisting the urge to fix the wrench with the grinder, I grabbed the tool of choice. A big pipe wrench. 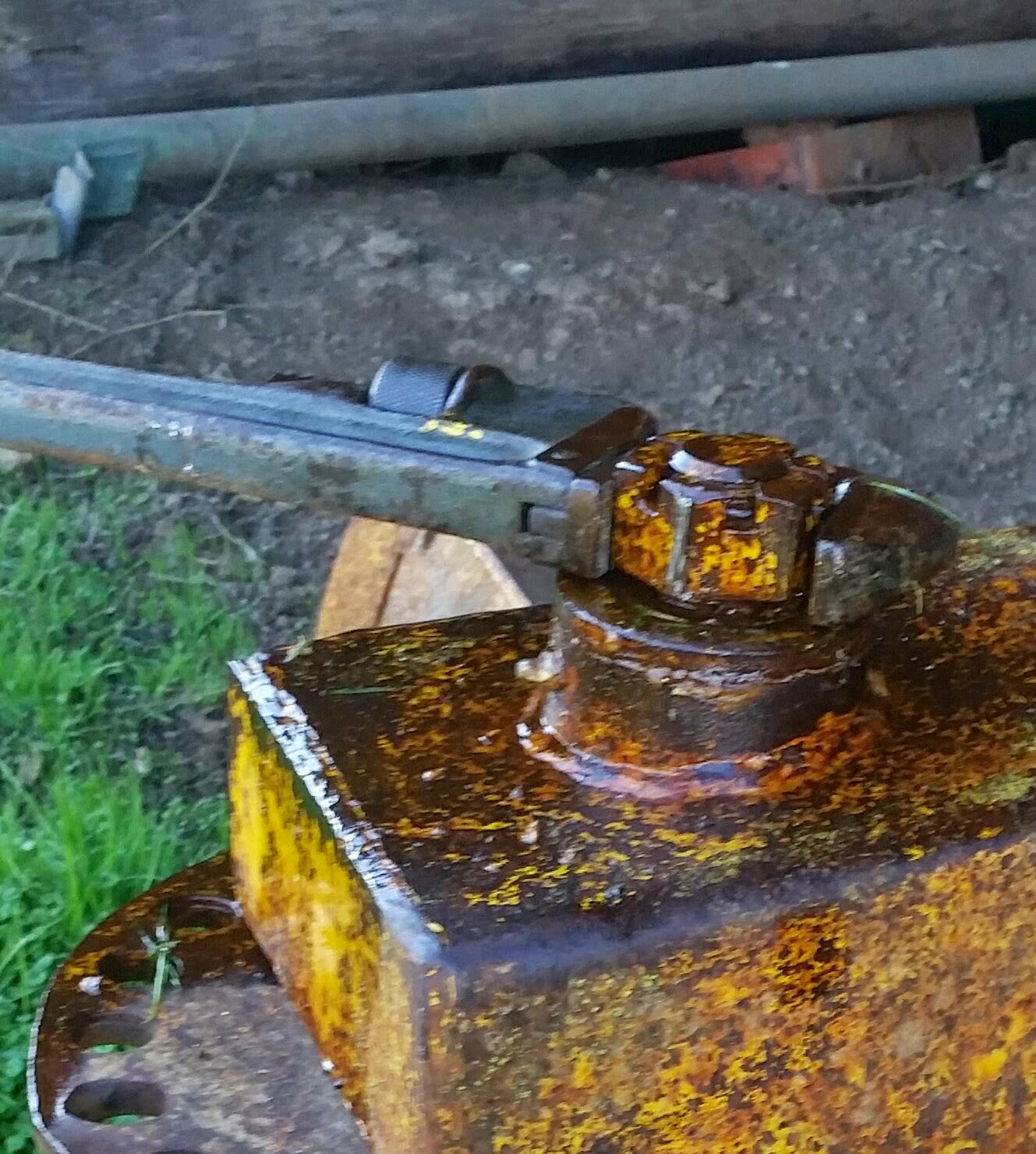 With liberal shots of "Blaster" and an 8 foot pipe for extra leverage,  it took all I had to move it 1/4" at a time. And that was at the very end of the pipe. 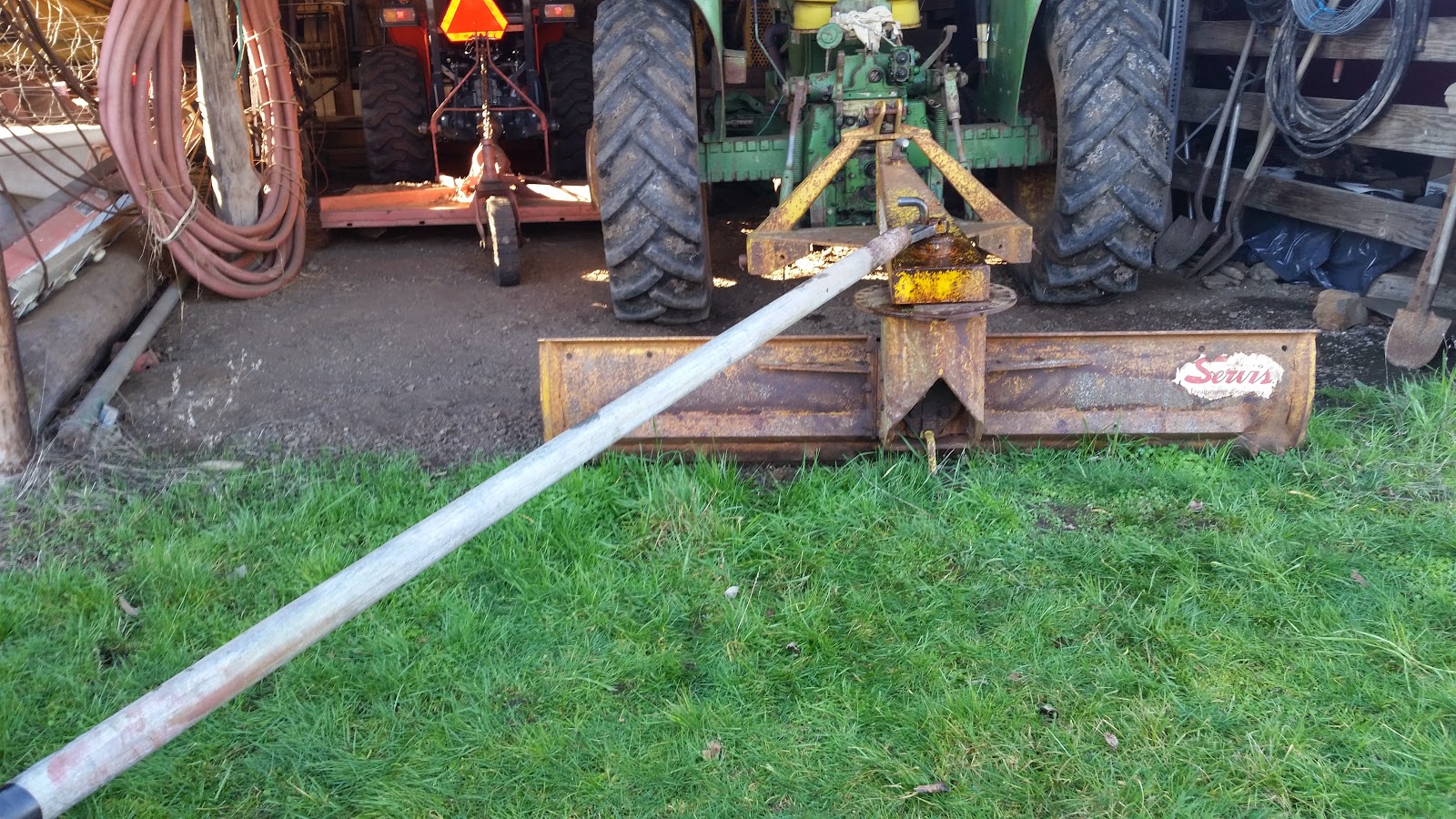 An hour or so later once I had the big nut off I realized that there were two more underneath on a plate that wouldn't allow the assembly to drop free. I bent one rather (cheap, but Japanese not
Chinese) and a ratchet (Chinese) 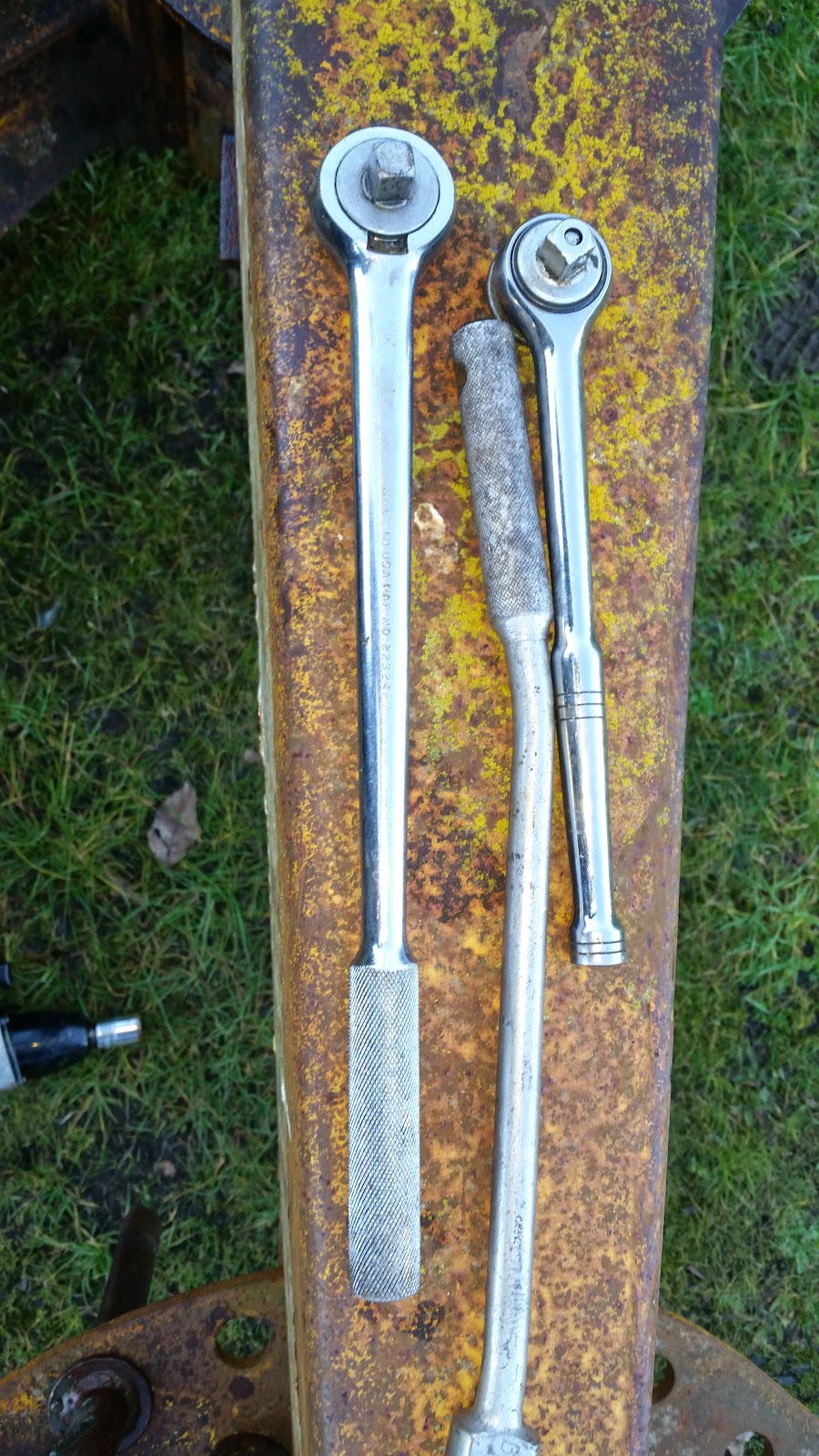 I found out that the sk ratchet had been previously broken (by someone else) and only tightens. The air impact wouldn't budge one of the bolts, but the other came out. I used a 5lb hammer and a drift to swing the plate out of the way. 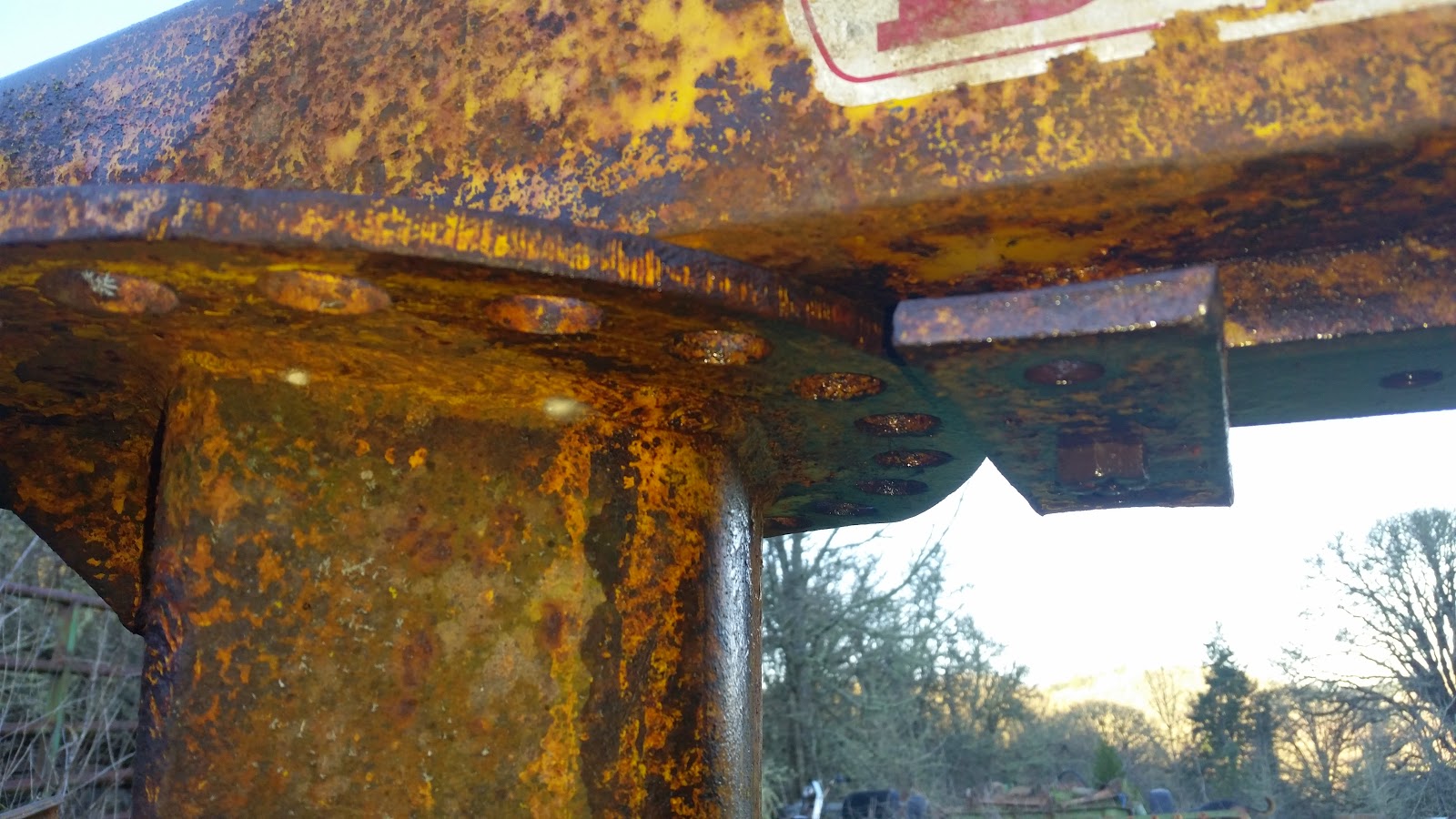 The blade came apart at last.
The trailer had flat tires, I pumped them up. I loaded the blade on the trailer. 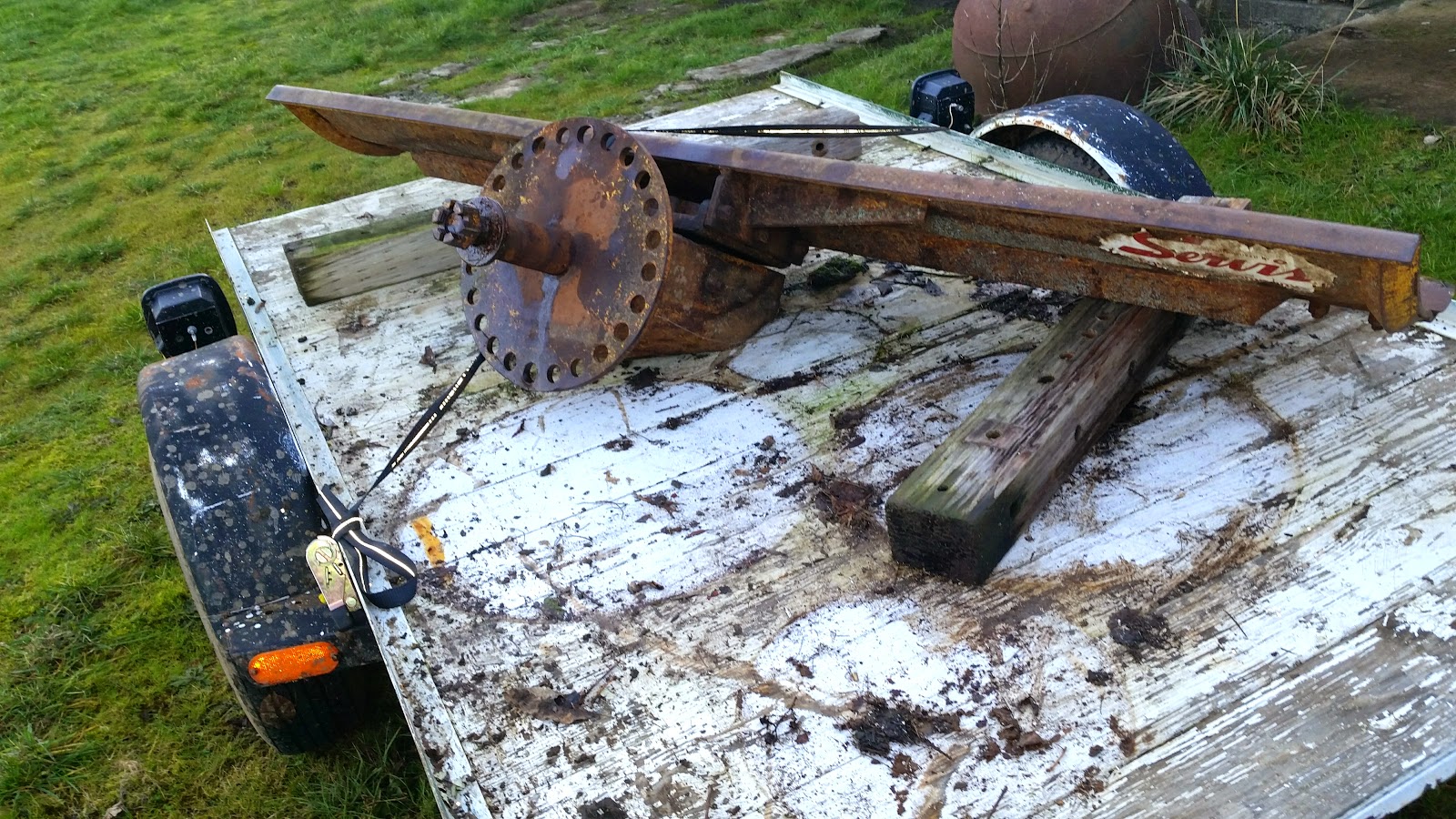 I unhitched the Jeep as I am going to use the truck to take this to the Lazy Farmer's shop to burn out the other broken bolts & get it repaired as my driveway is washing away & has ruts deeper than I want to get stuck in.
The Jeep stalled & wouldn't re-start. I covered it with a tarp for later. The trailer started rolling & was kind enough to run into my scrap metal pile instead of the Jeep. 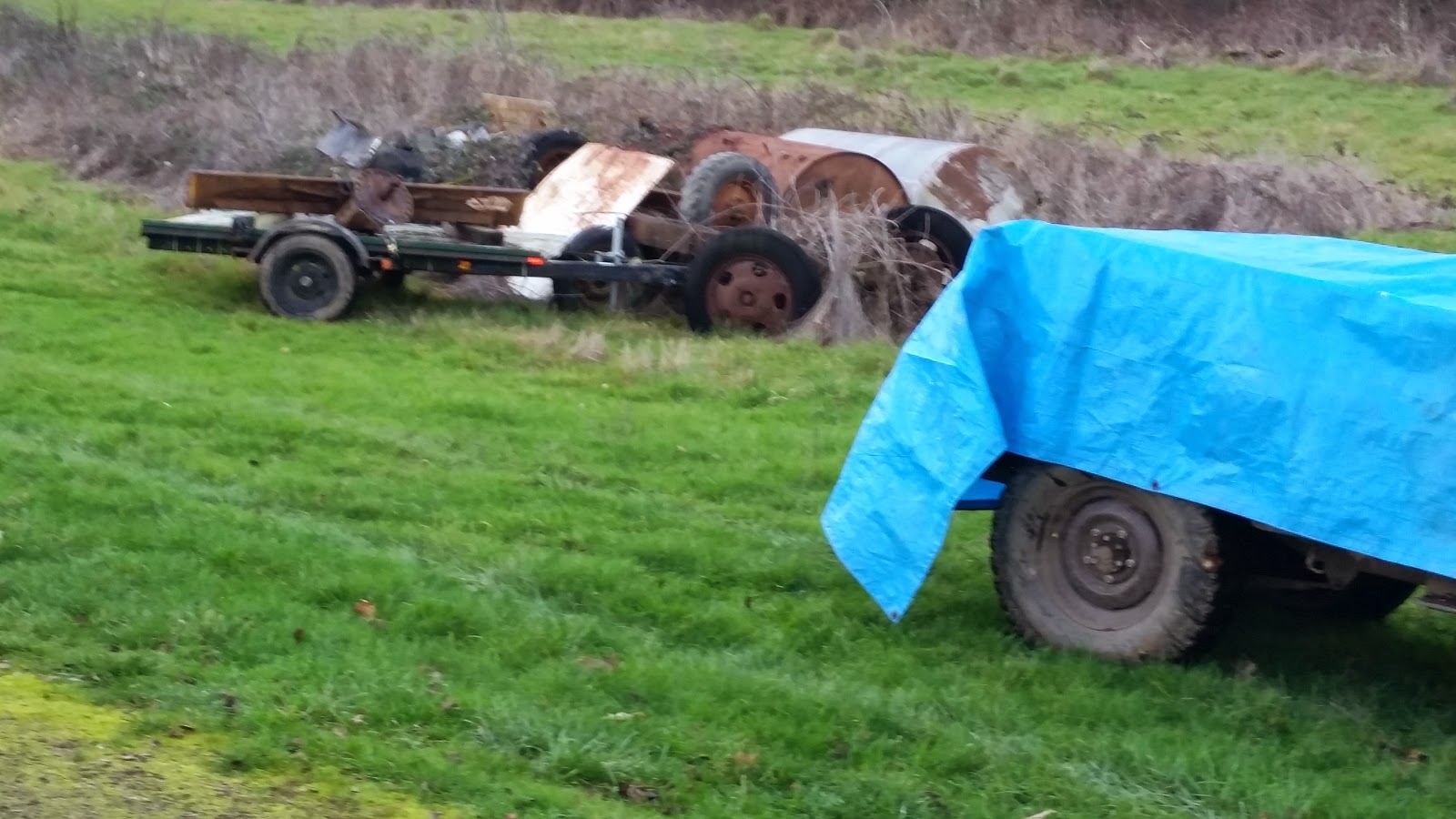 Actually this doesn't really qualify as heavy equipment, but I'm figuring that Budde would rather work on a small project like this as a welcome break from his tractor which is currently misbehaving again. He should have it all apart by now and will no doubt  be happy to pretend to start working on this as I drive away.
Posted by MuddyValley at 8:23 PM 10 comments: