Shining geranium (Geranium lucidum), an invasive species. A fully open flower, and I think too much movement caused degradation in the field-stack of 4 shots hand-held, slightly cropped to remove artifacts on the edge of the frame.
ISO-280, 1/250 at f/16, 1:1 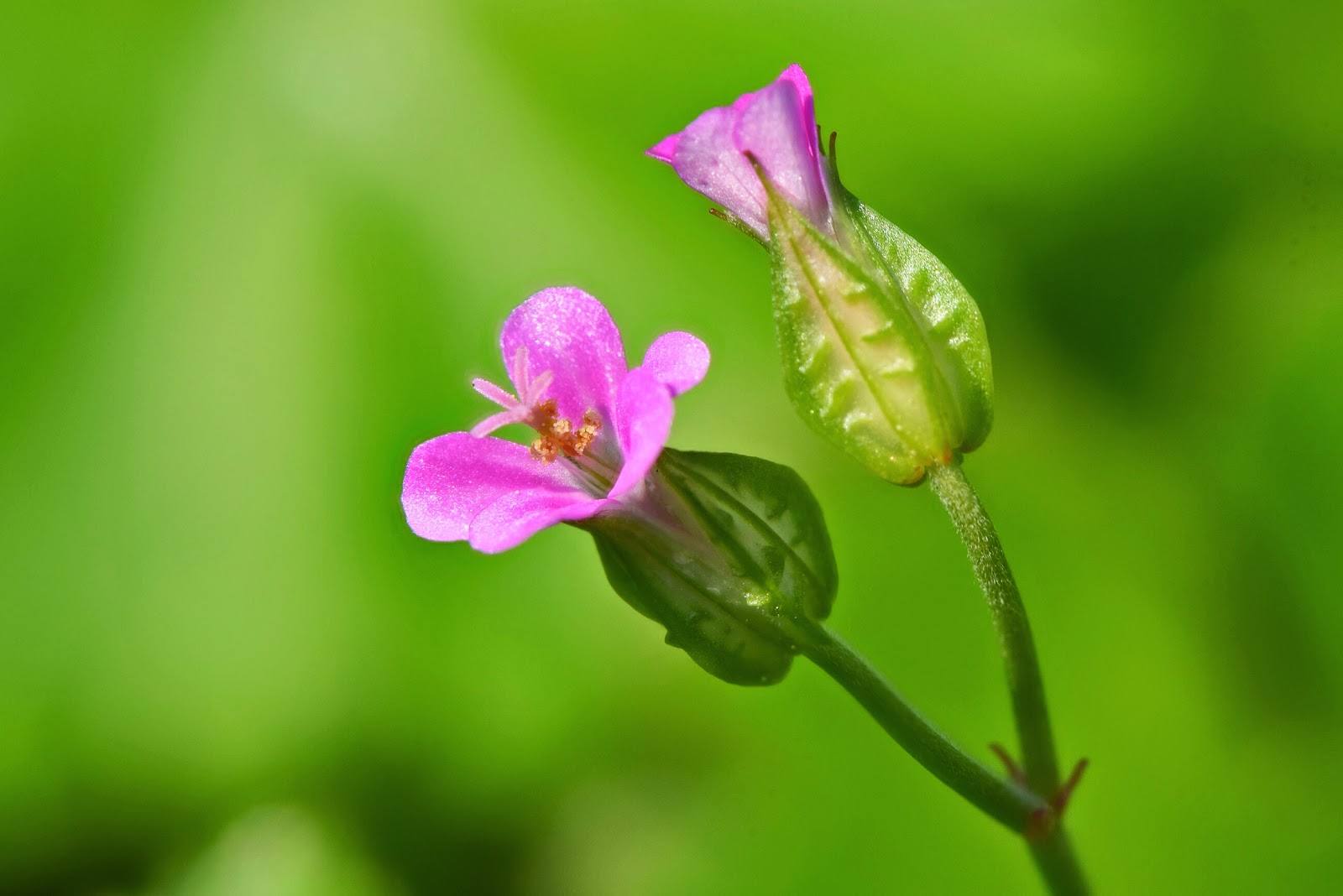 Flowers maybe 3/8" across when open 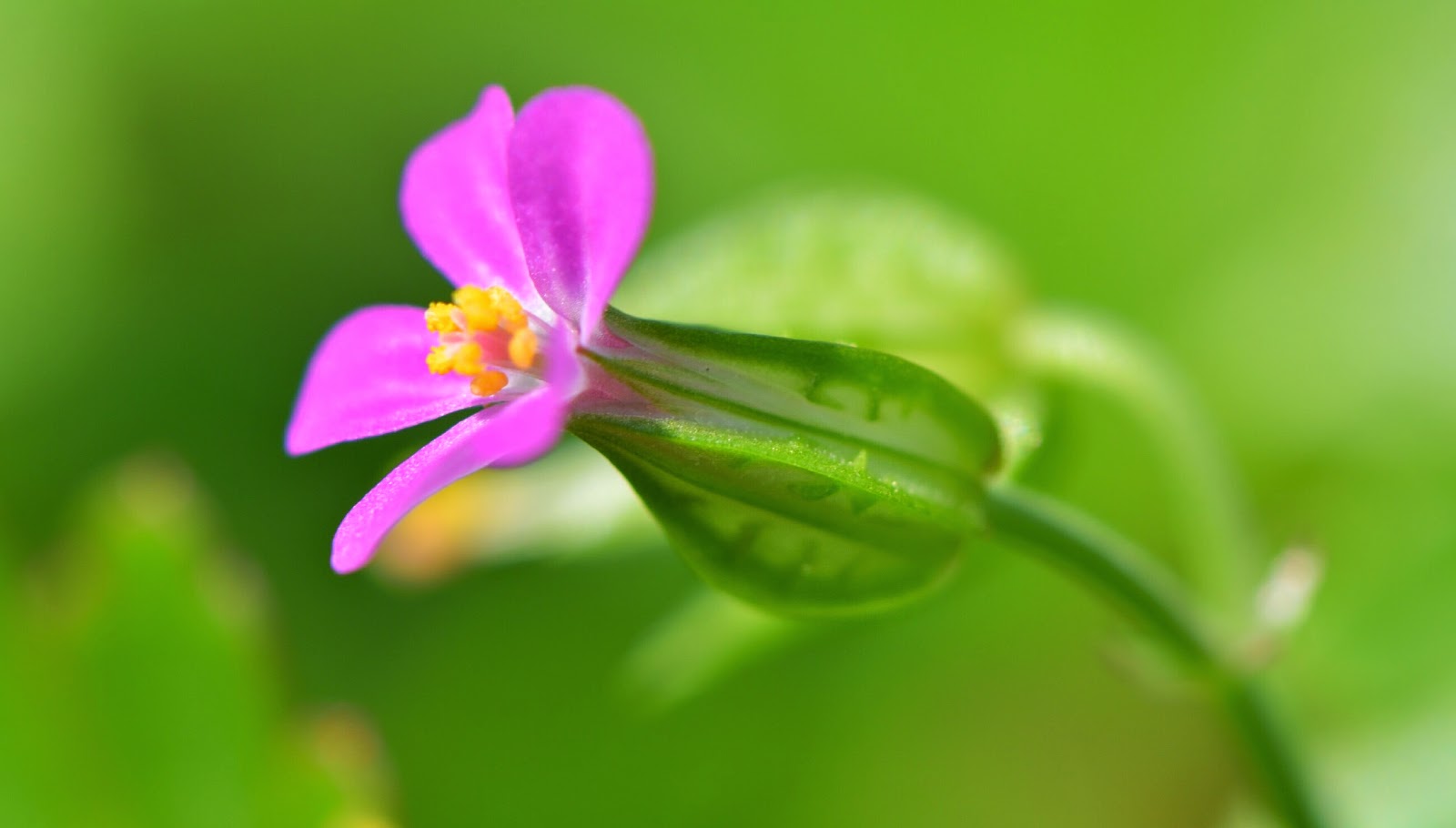 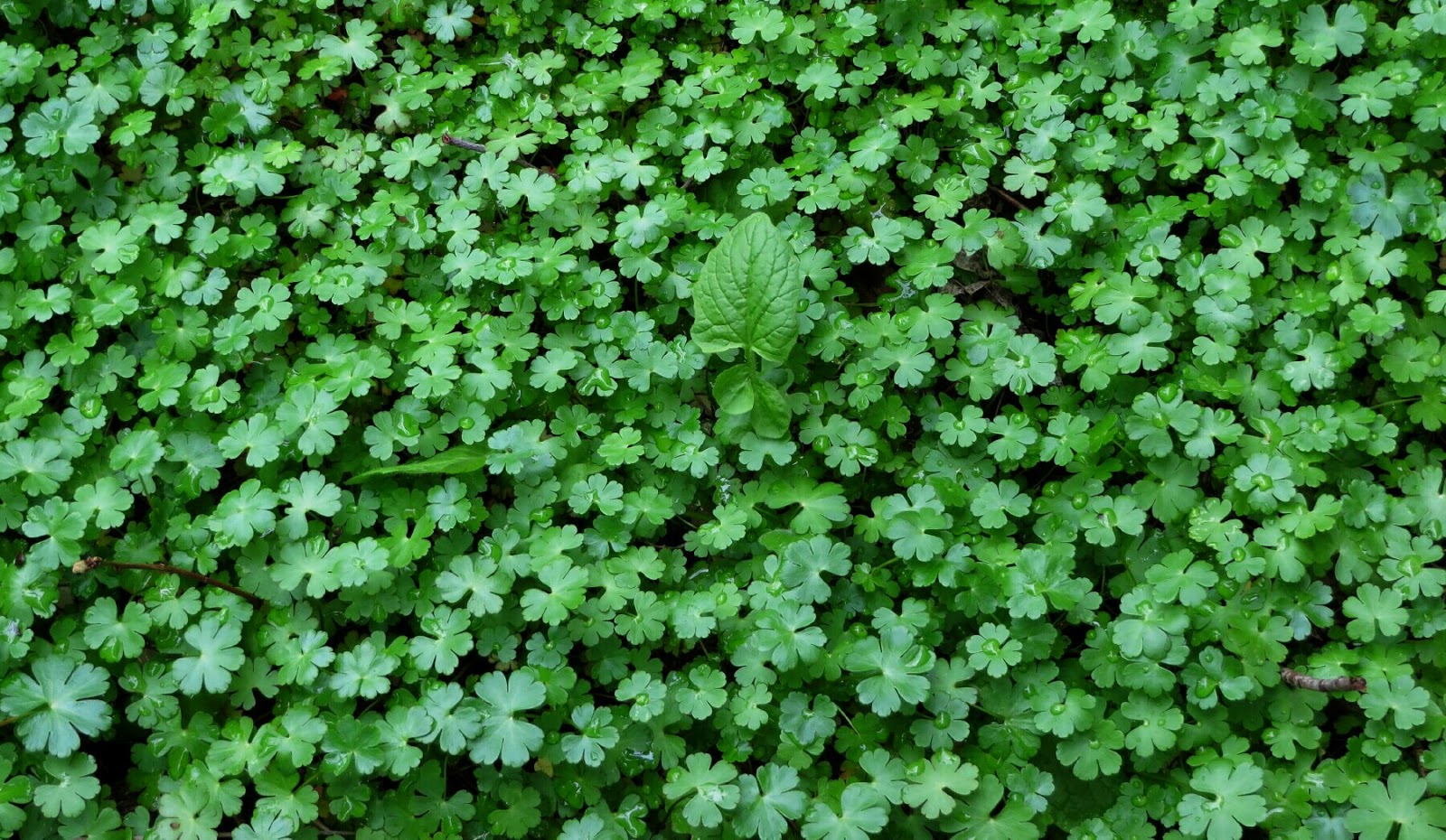 Posted by MuddyValley at 10:12 AM No comments:

Just to see if I could do it, I stuck a microscope objective on the end of my 105mm macro lens. I used a $10.00 reducing adapter I got off eBay.
Working distance between the bee & the lens was less than 1cm.


Go ahead, click on it. You know you want to. 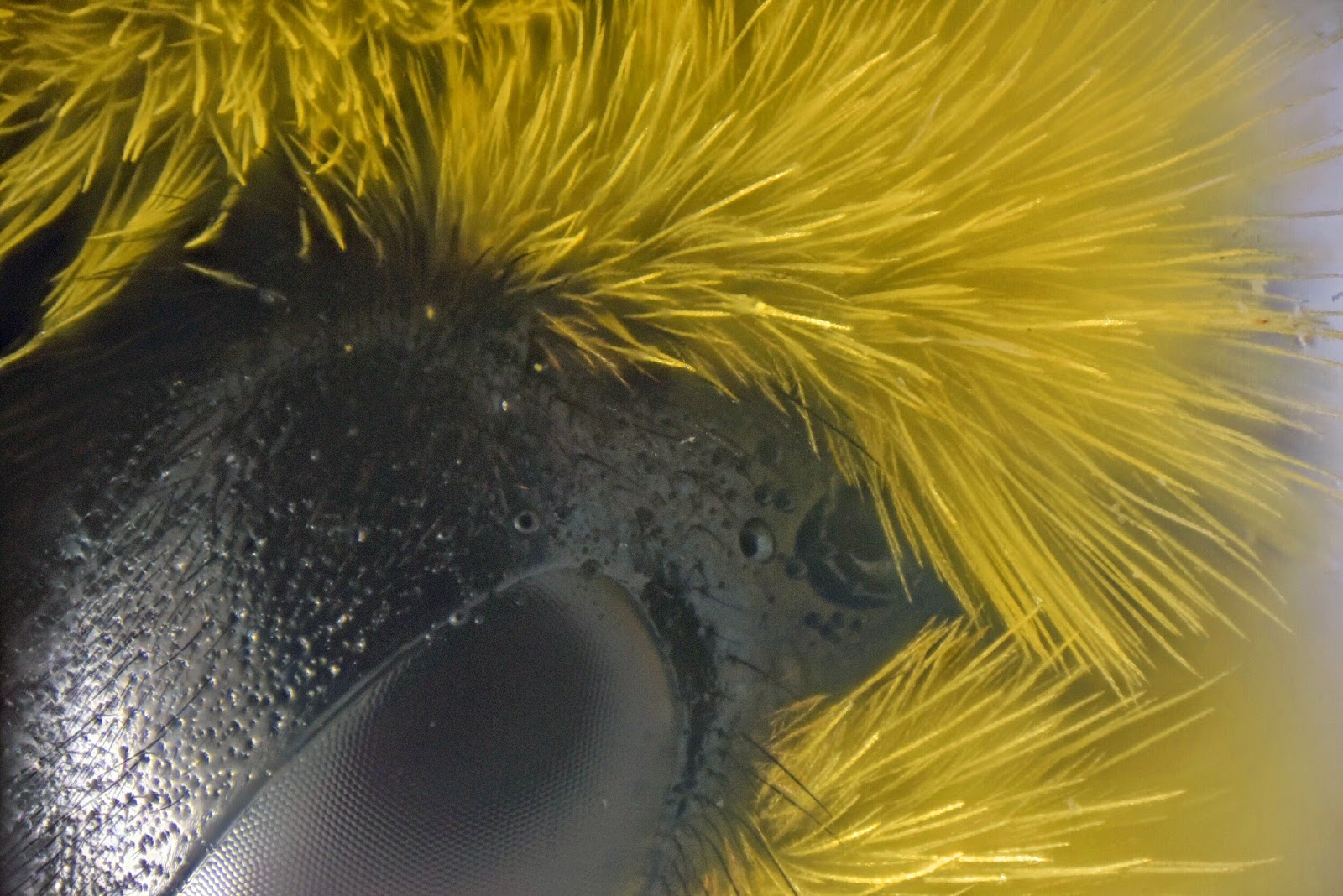 When Merle sang “We don’t smoke marijuana in Muskogee,” he didn’t mention that’s why he moved to Nashville!

Willie & Merle  It's All Going to Pot.

Via misscellania.blogspot.com/ and via Tastefully Offensive) 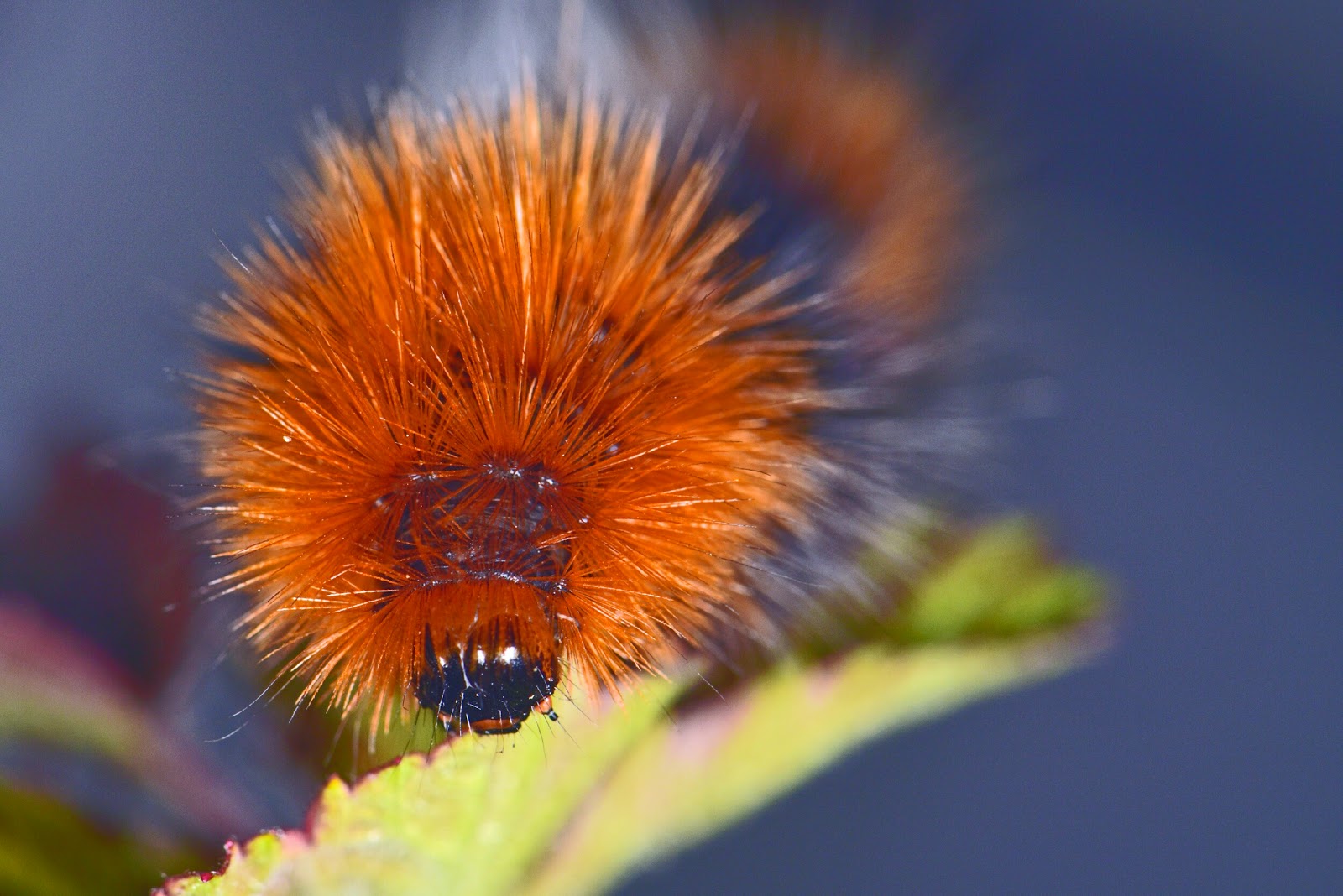 Posted by MuddyValley at 7:54 PM No comments:

I don't know what to say. Except that eventually all the cities will swallow up the land between them as they merge together. Like what is happening in central Florida right now. This is progress? 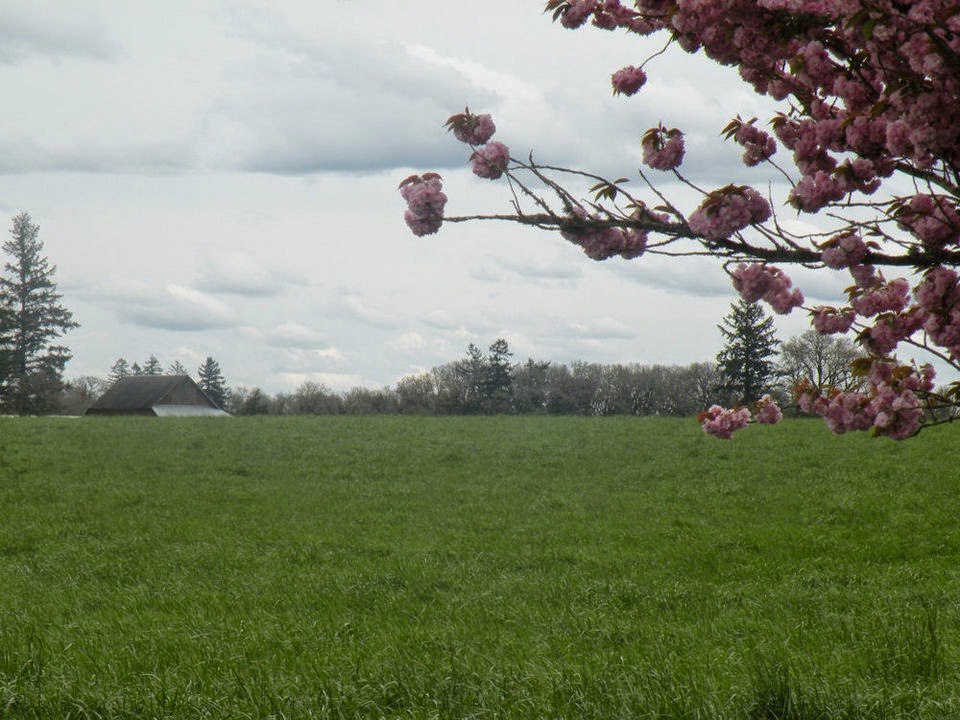 Oregonian photo of 'blighted' land. Borrowed w/o permission.
Posted by MuddyValley at 10:52 AM 2 comments: 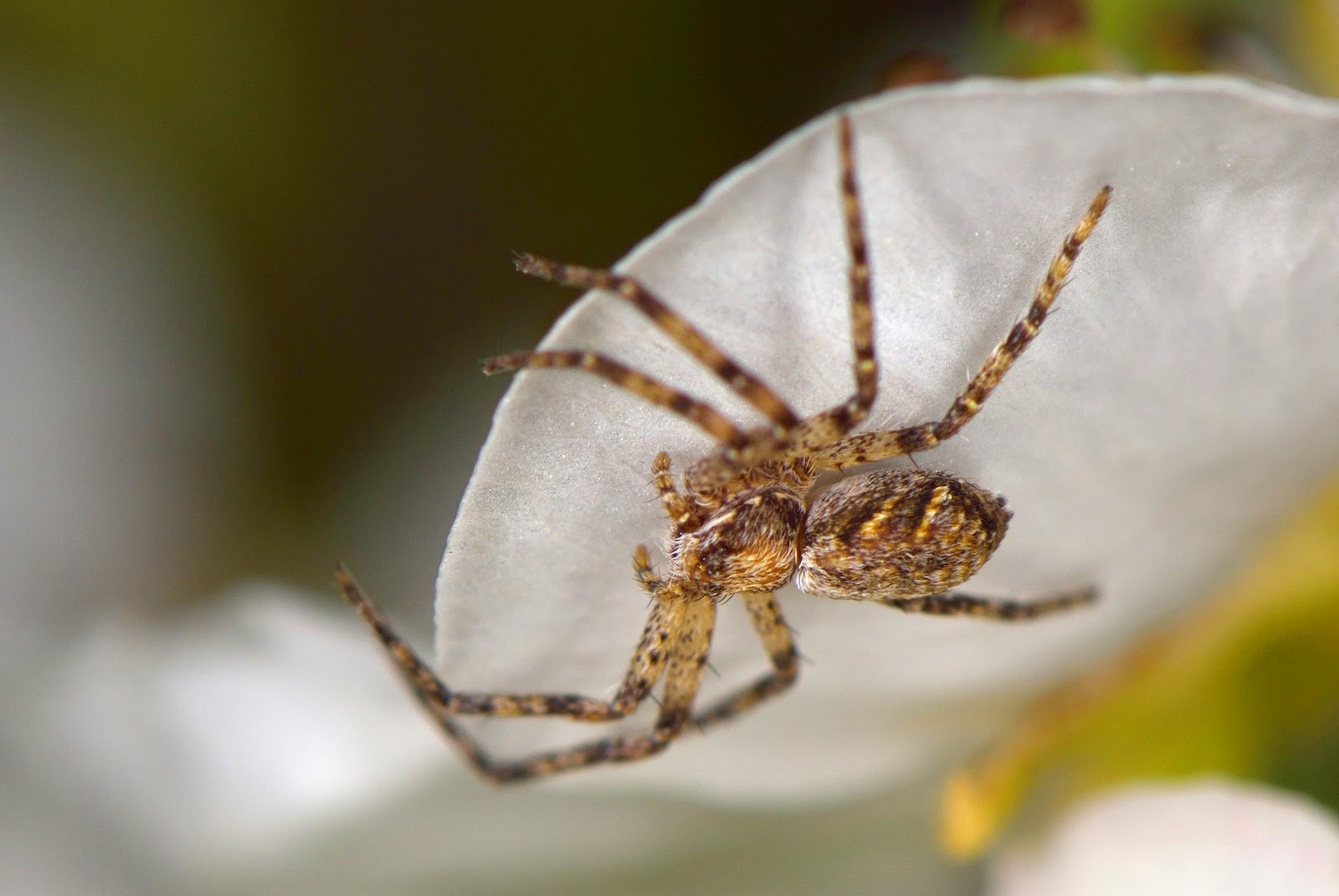 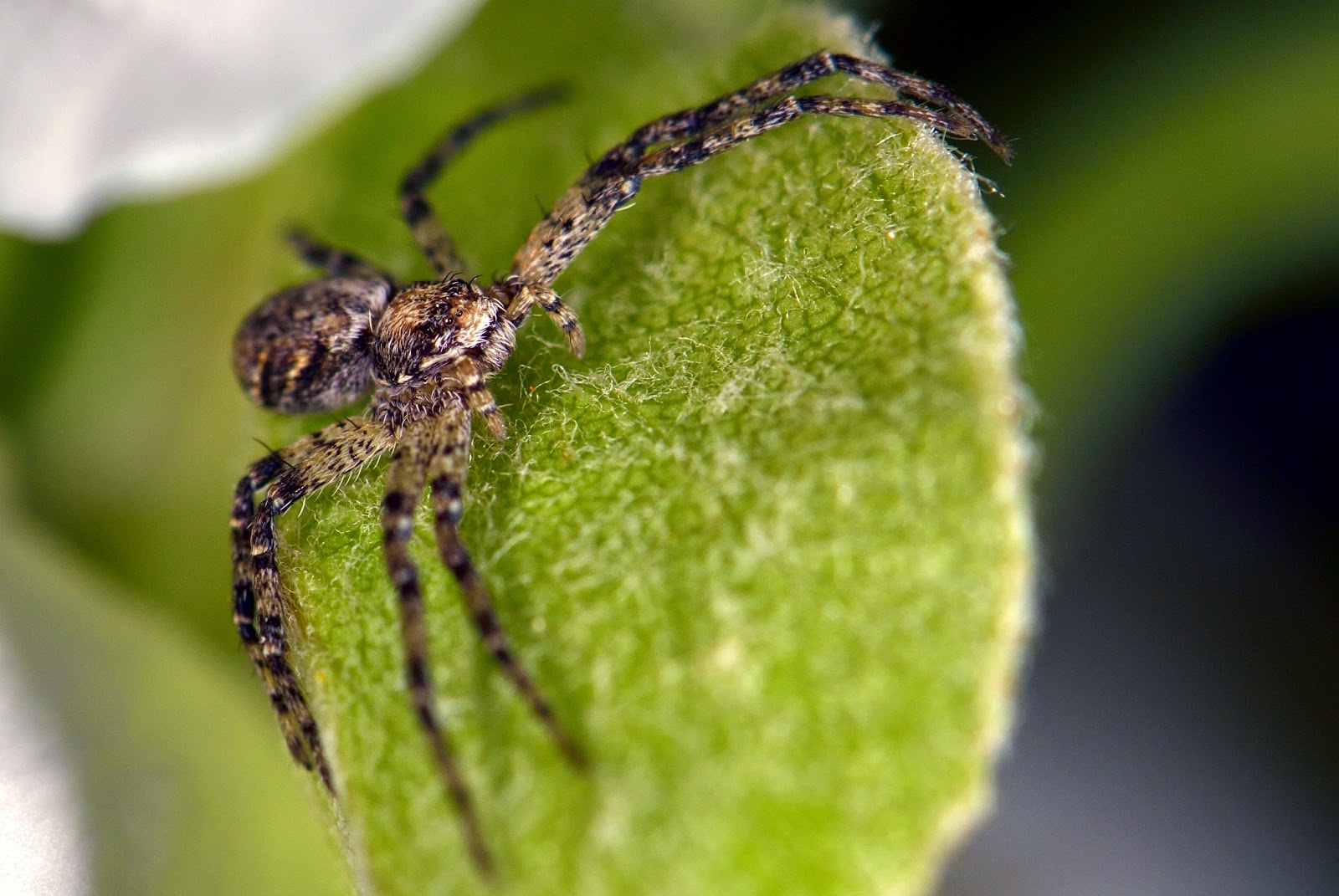 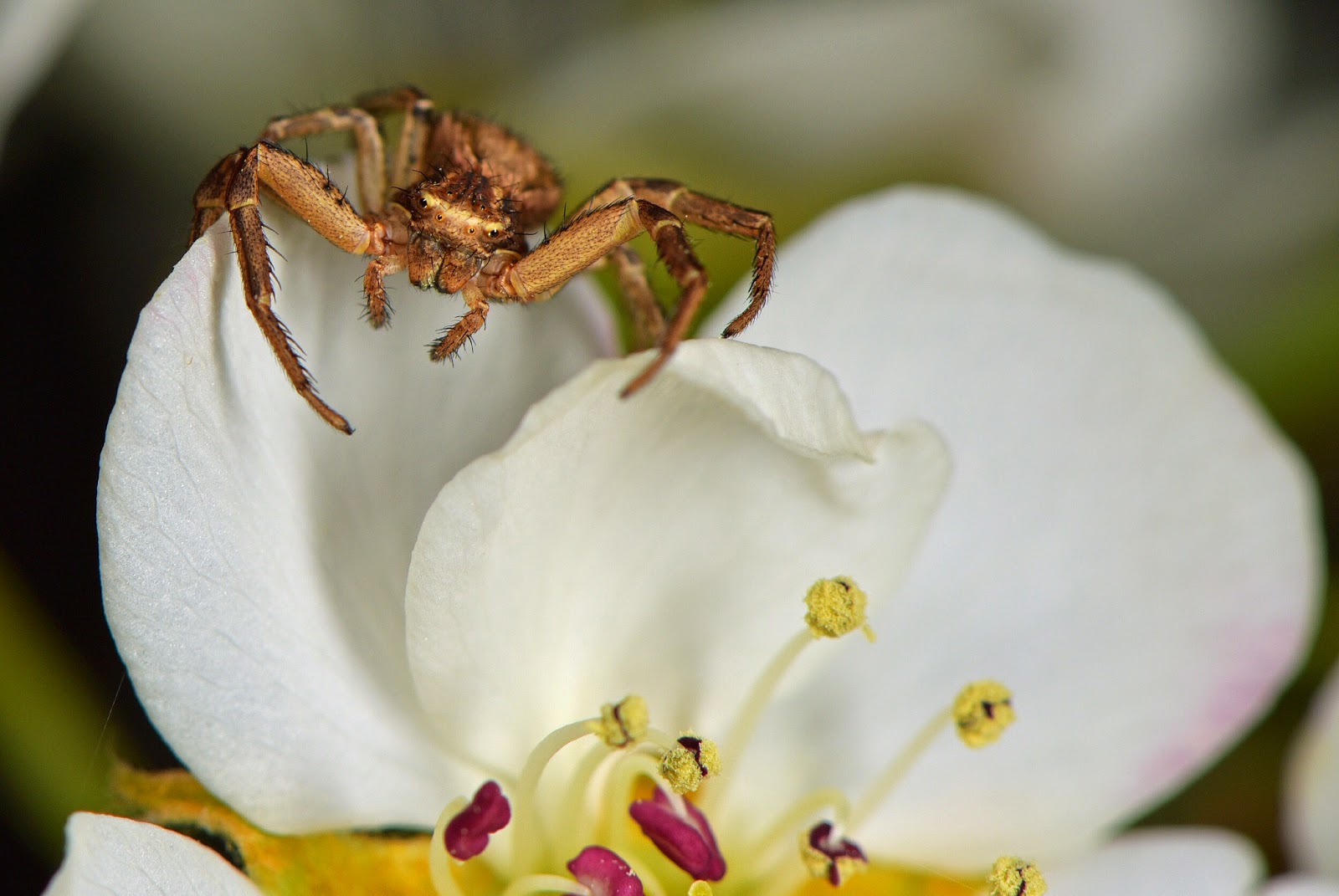 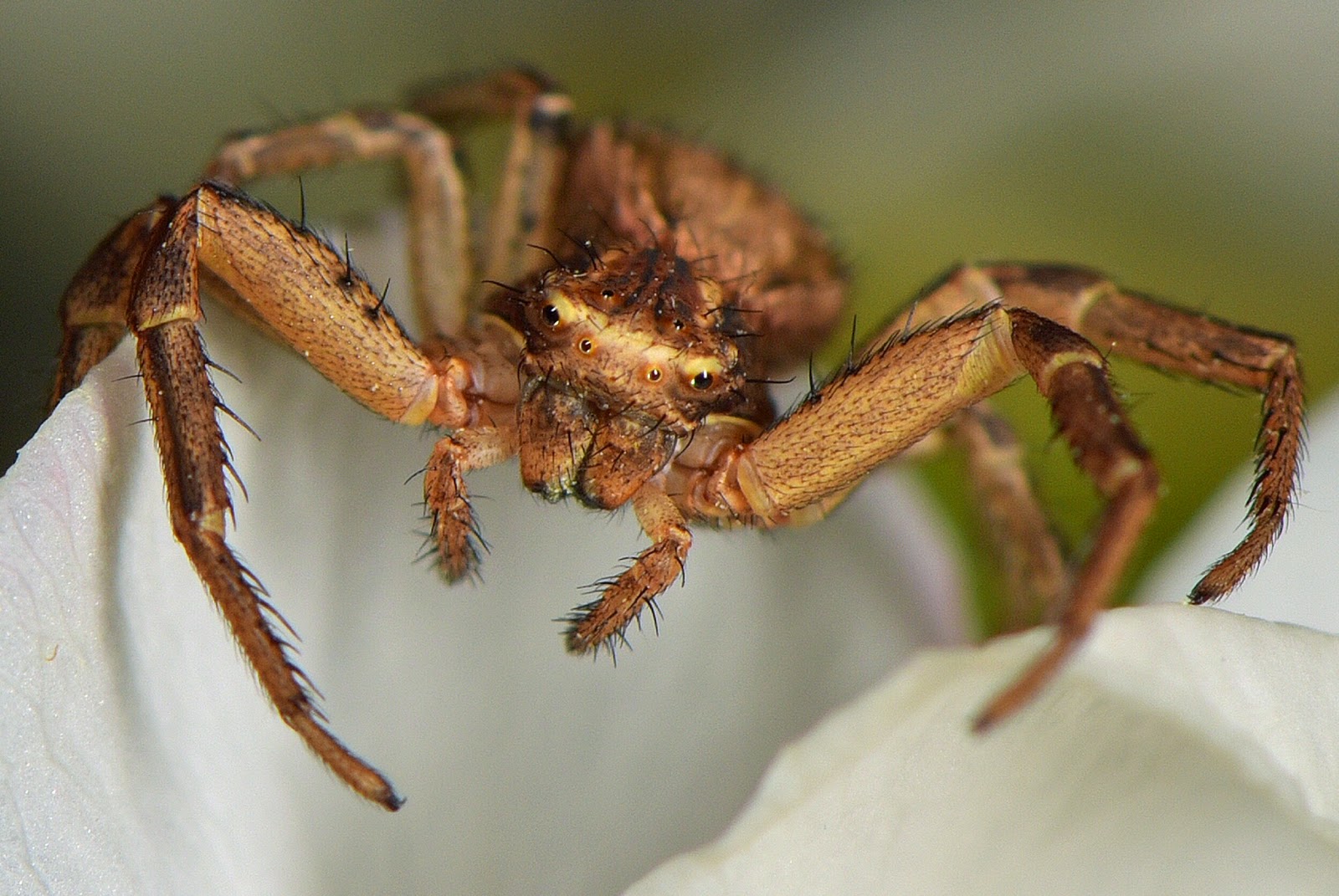 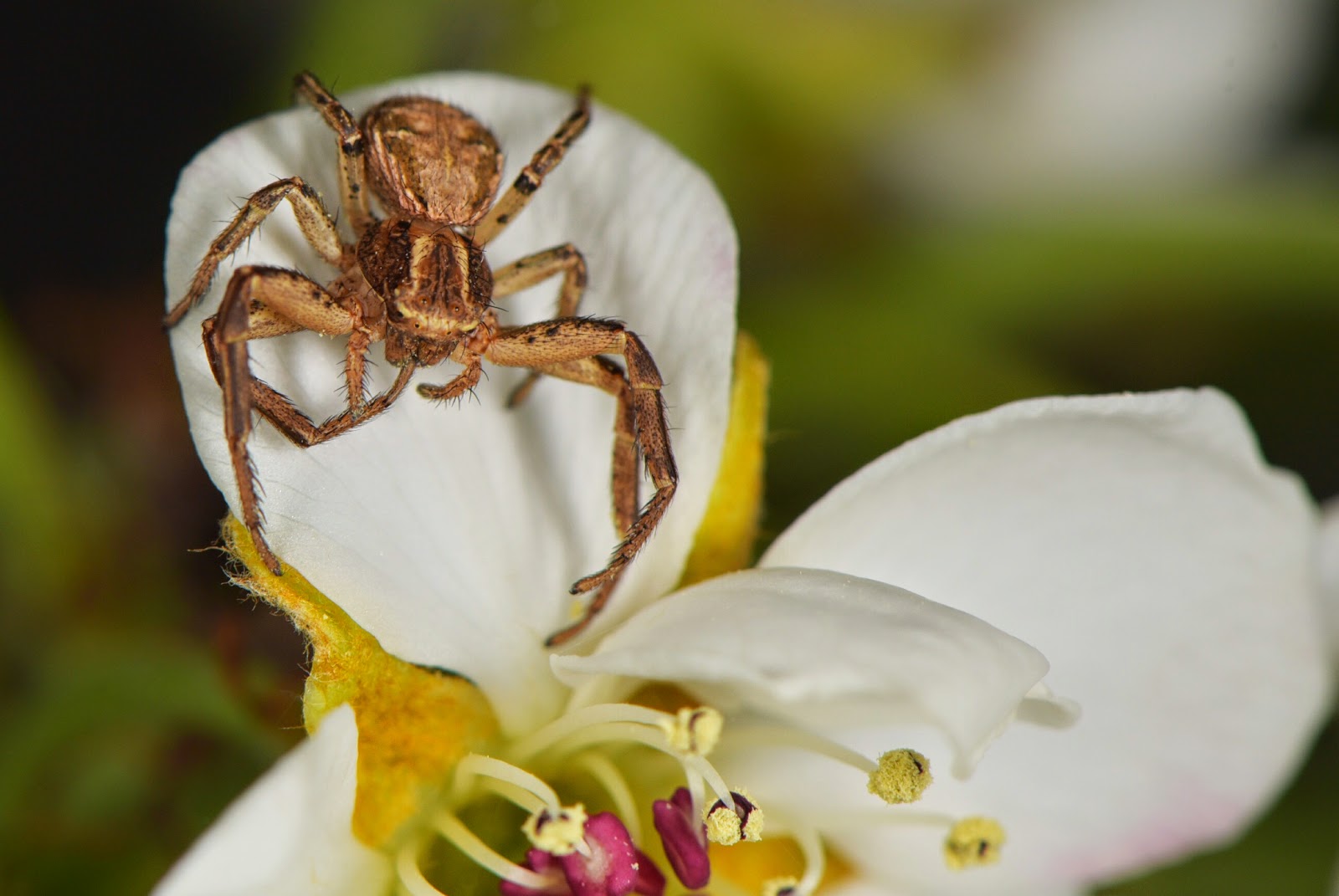 Posted by MuddyValley at 4:10 PM 2 comments:

Turkey Tail or Trametes versicolor, a polypore fungus and one which I currently have a personal interest in, is in the news.

This is a macro of a very young mushroom. Actually there are two. Both look similar on the top, but very different underneath. The turkey tail is the left in the first photo and on the right in the second. The other polypore has false gills or folds.
Please click on & enlarge 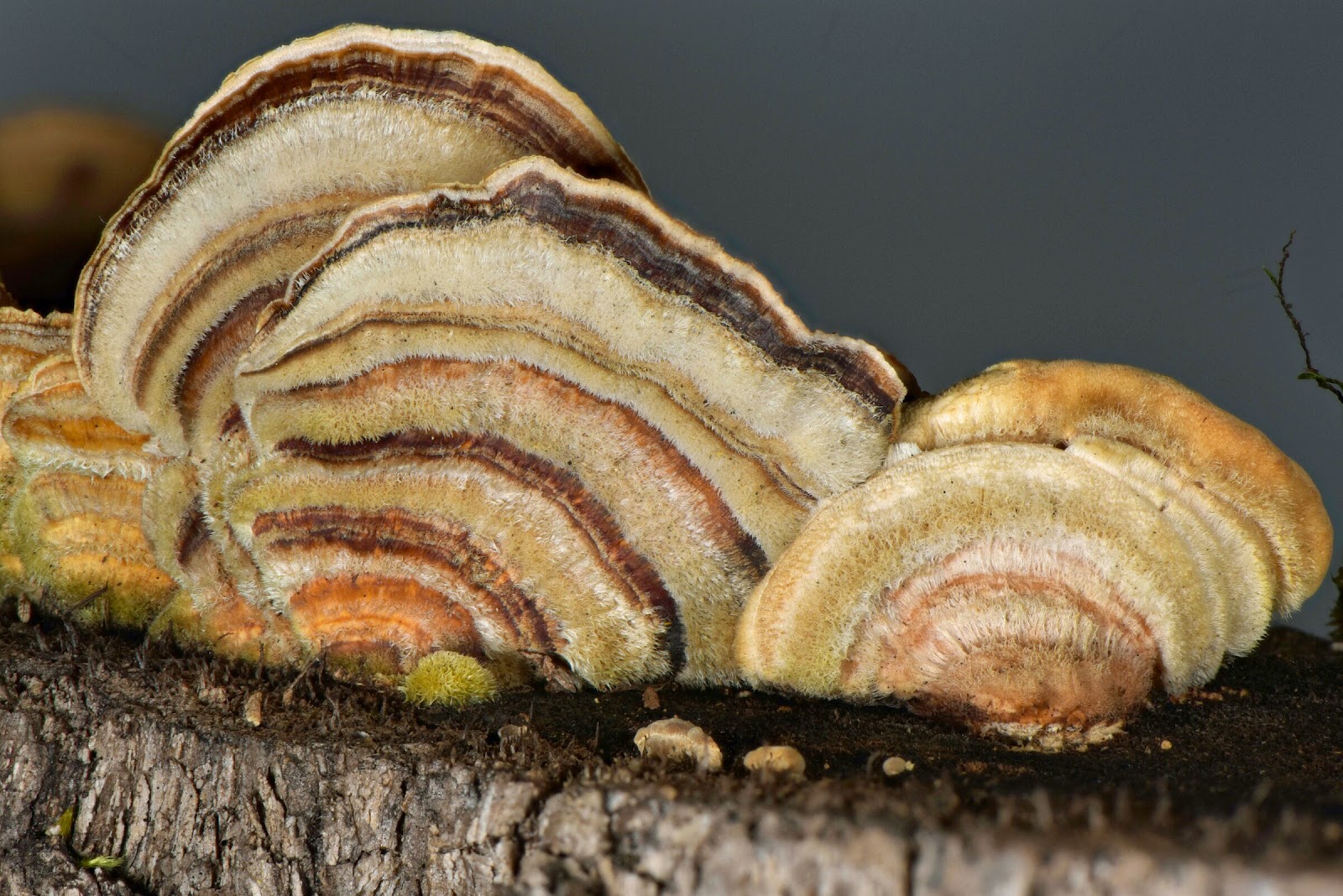 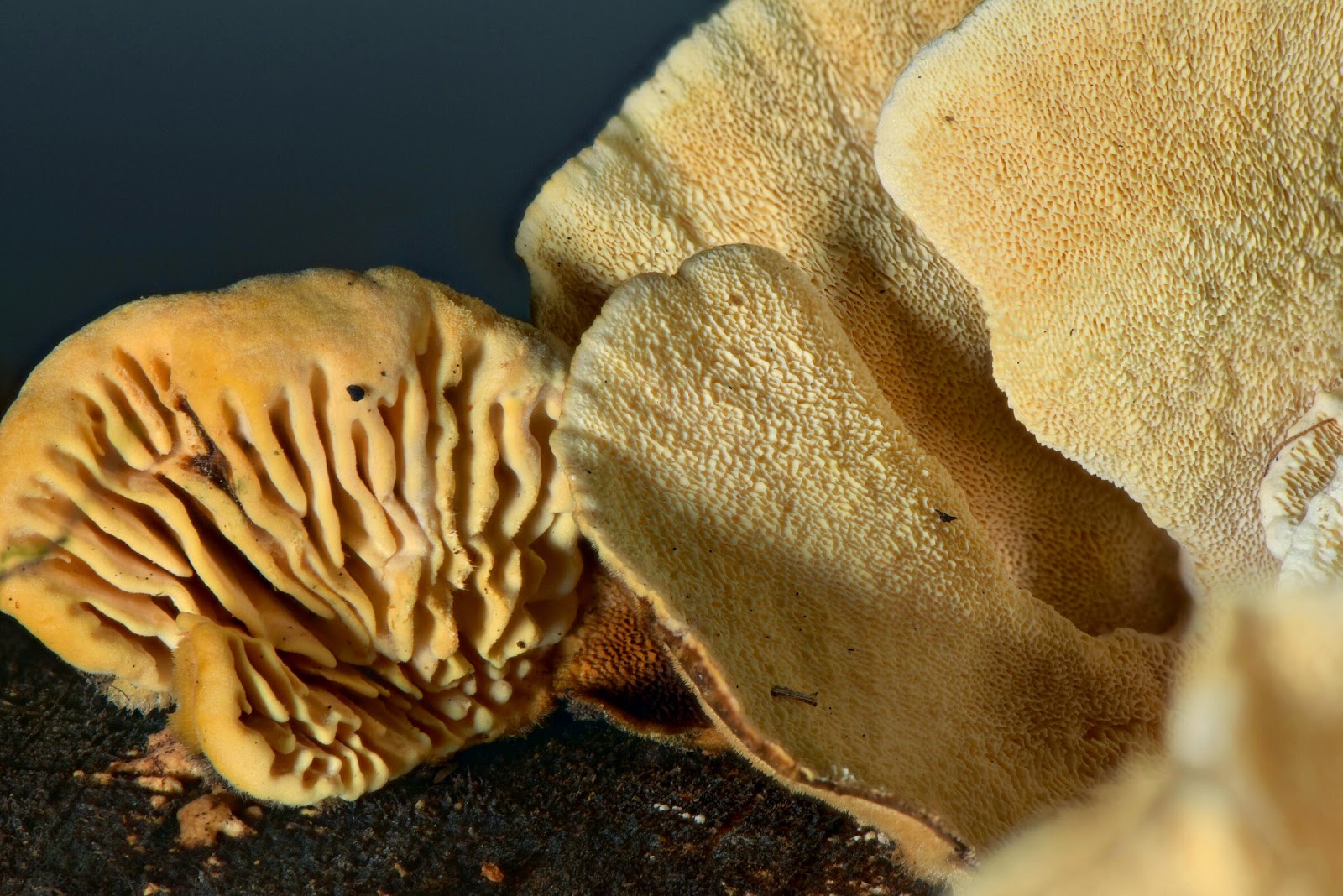 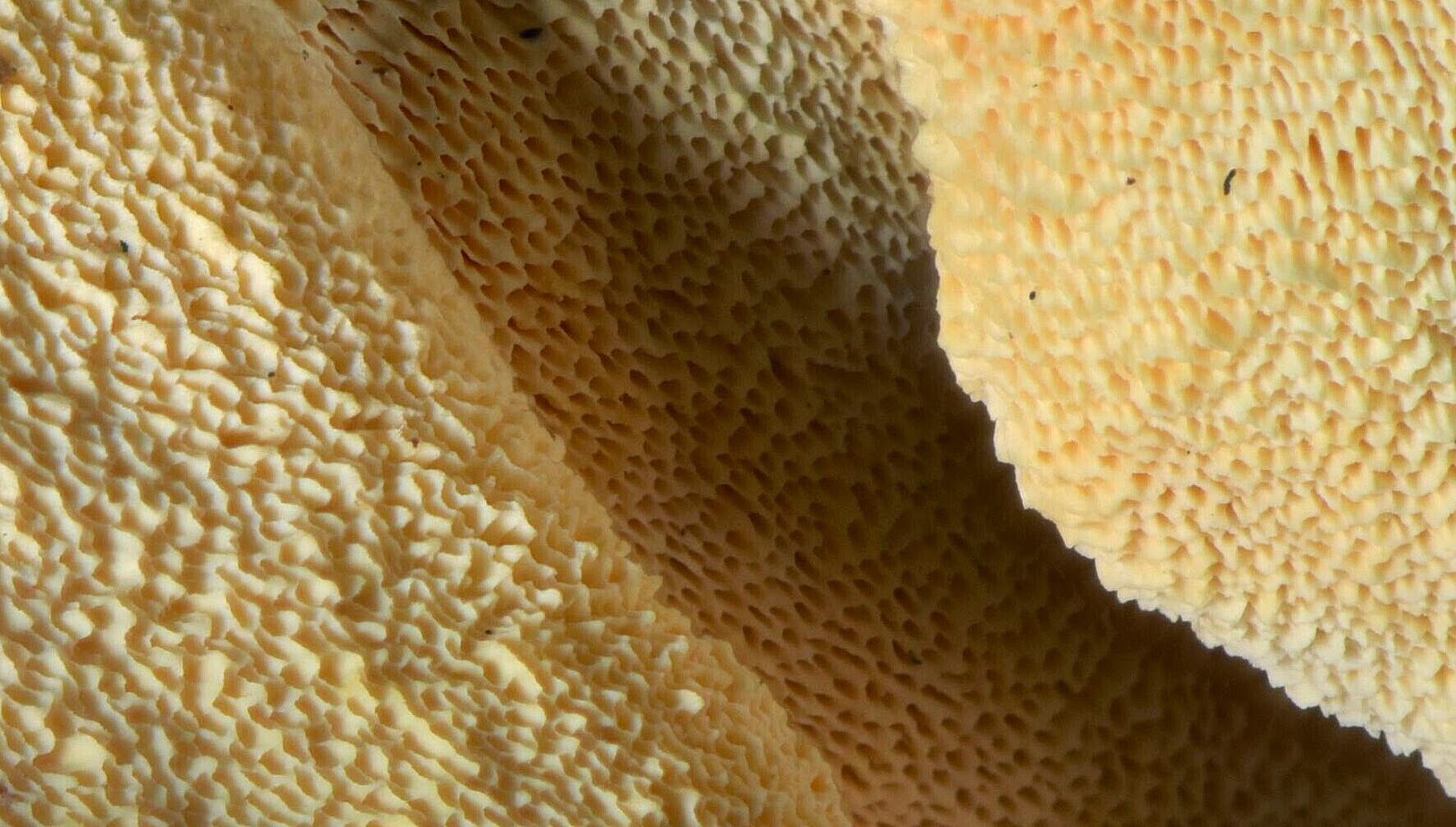 Enlarged, it's quite hairy. 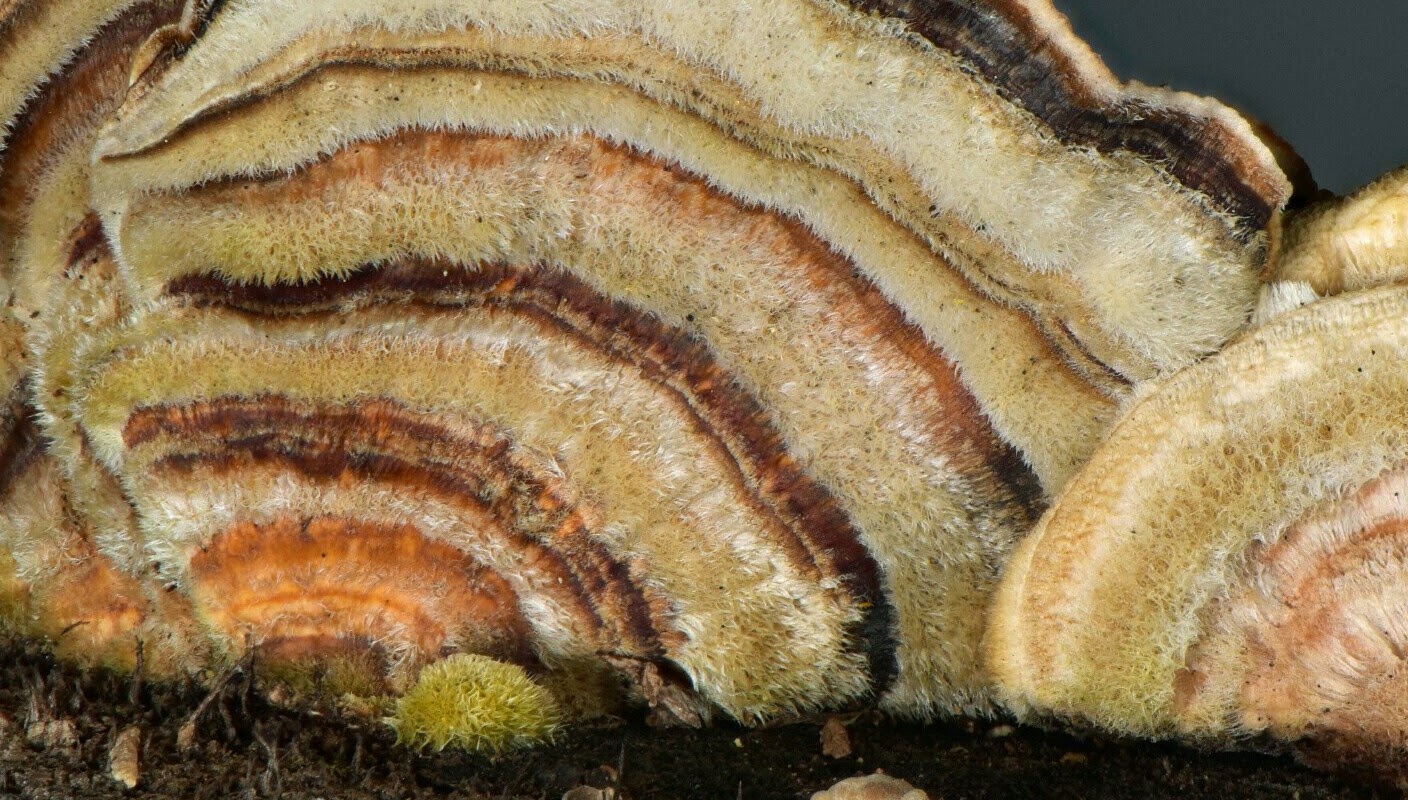 Because of the shallow depth of field at this magnification, twelve frames were shot at different focus points and then stacked, or merged together so that the entire subject is in focus.

This is photo #1 with only the foreground in focus 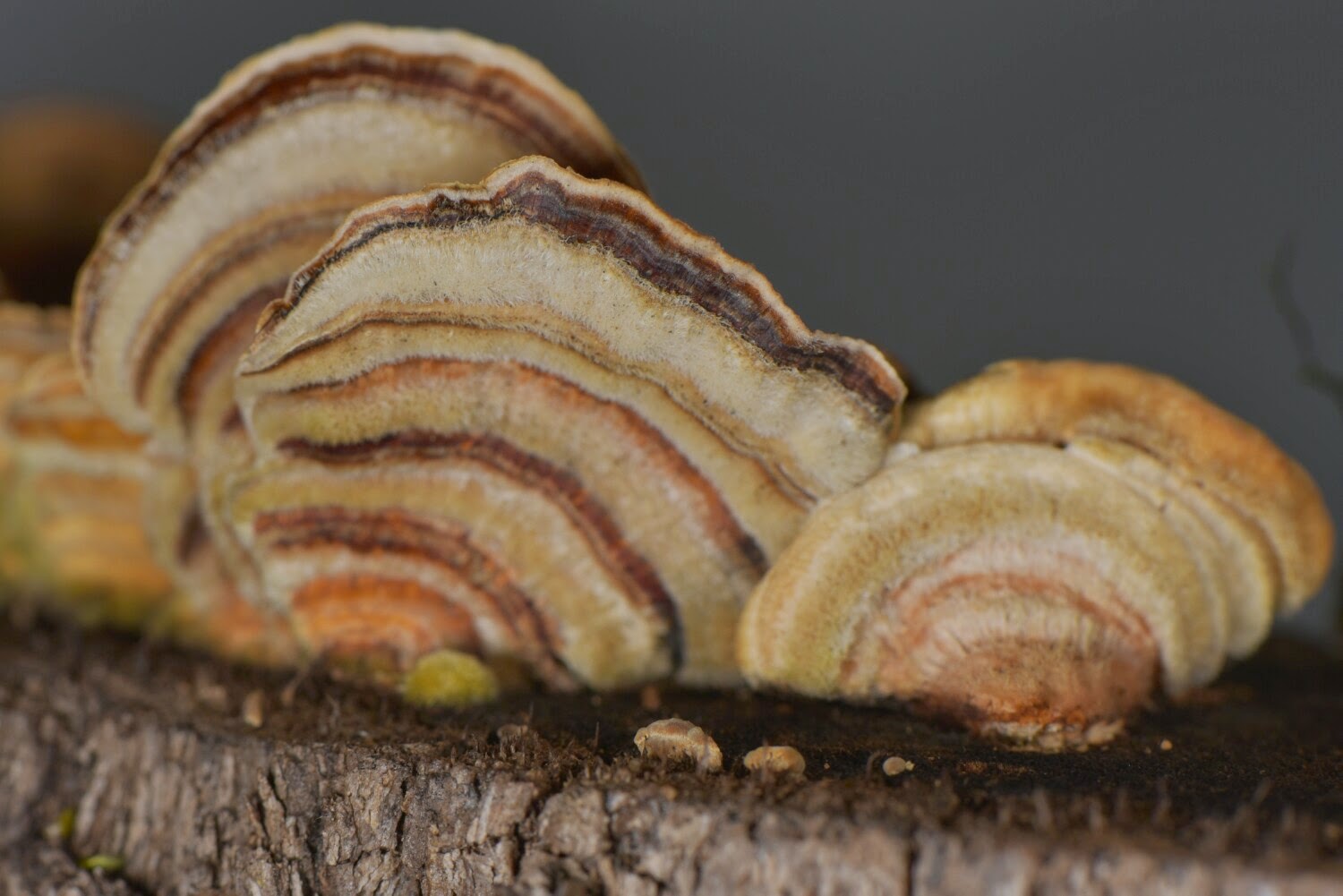 And the last photo with the farthest portion in focus. I'll spare you the ten in between. 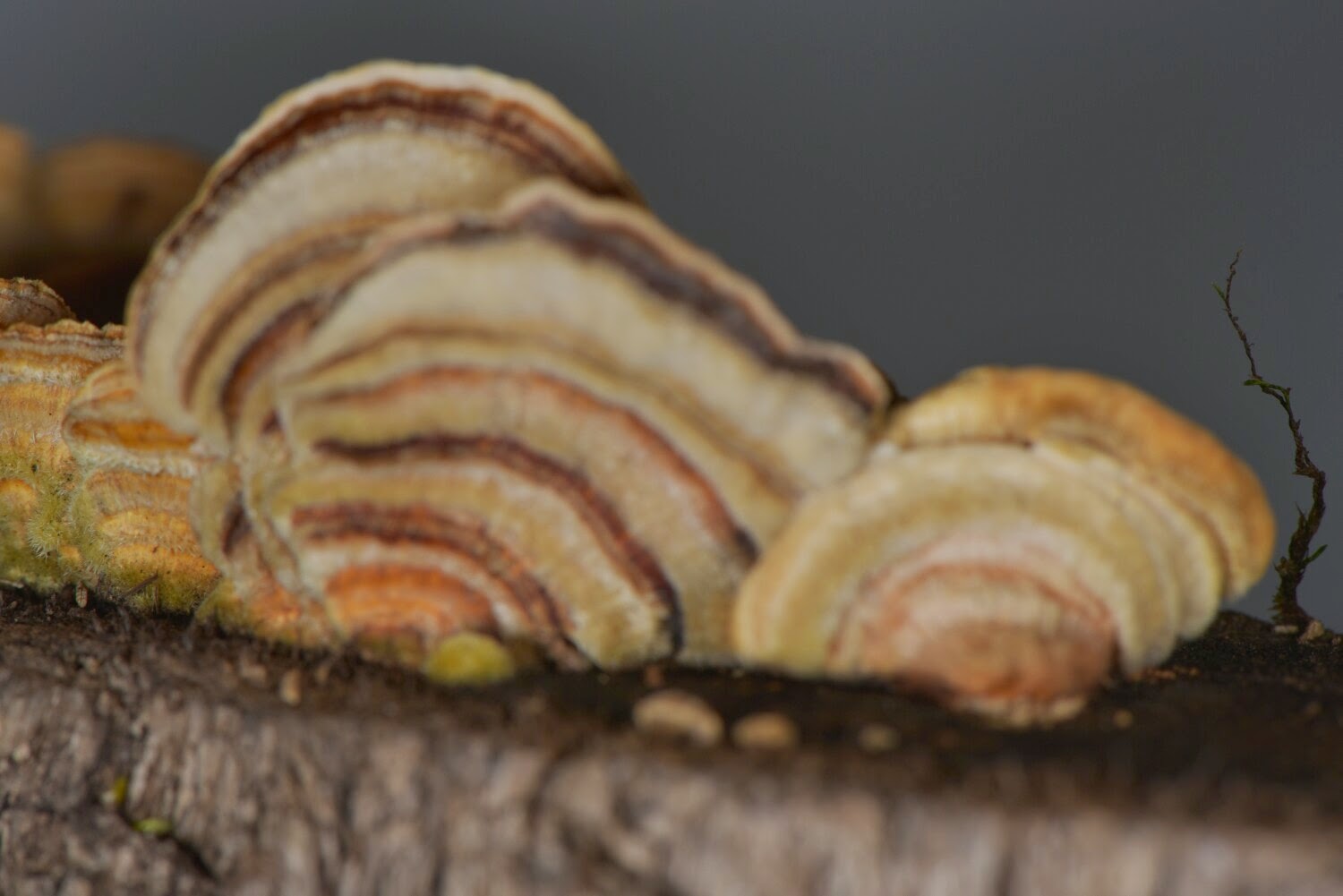 The difference is easier to see when you enlarge them.
Posted by MuddyValley at 8:12 PM 3 comments:

The bees got some flying in after it warmed up to 51* today. The pears are all blooming, apples are starting as are the cherries. They seem to prefer the pear blossoms. 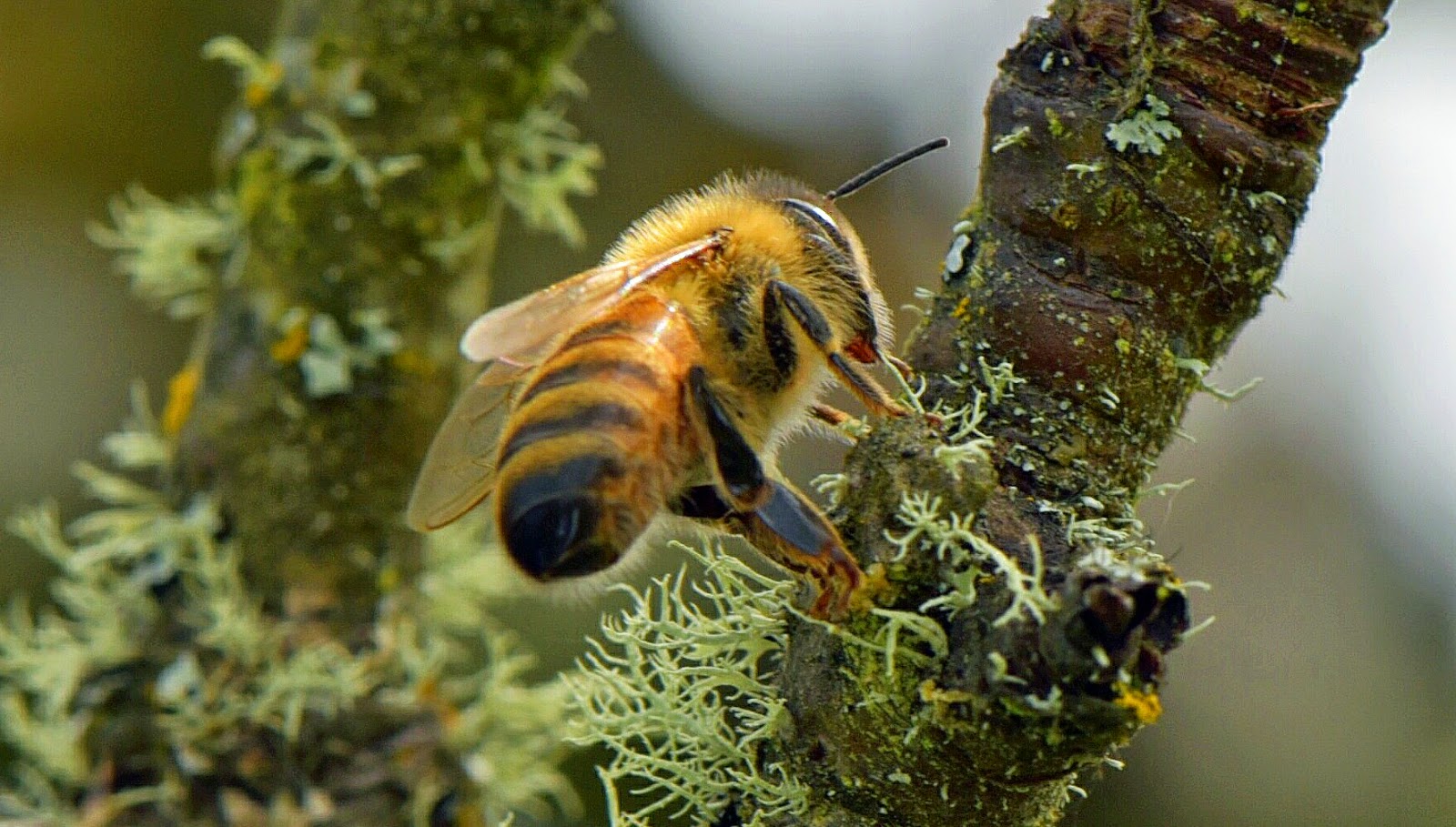 Getting some plum sap or just taking a break. 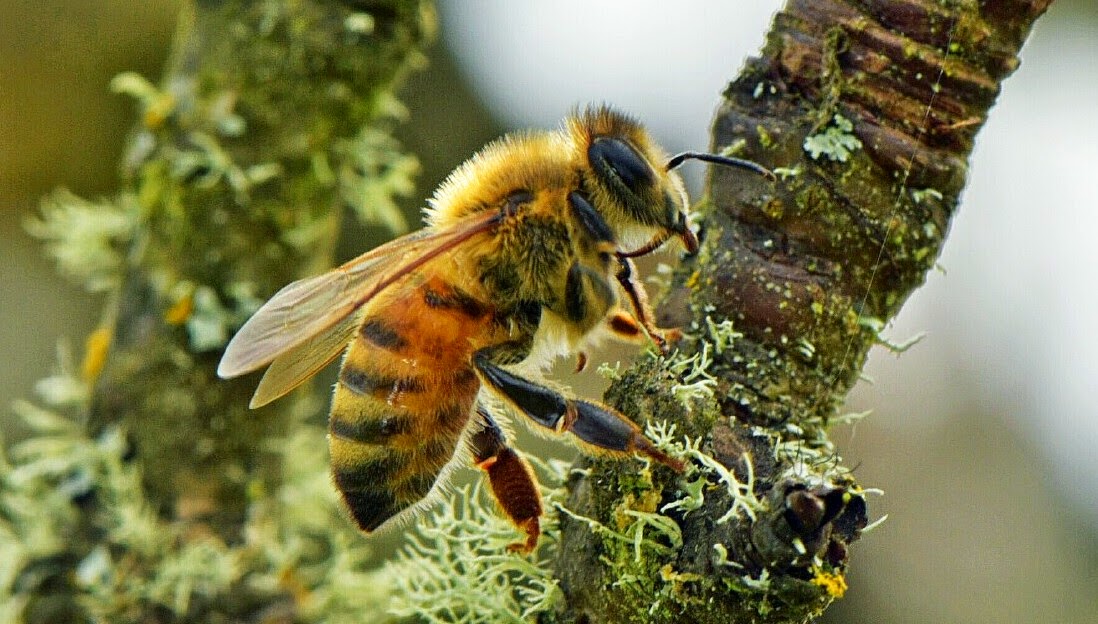 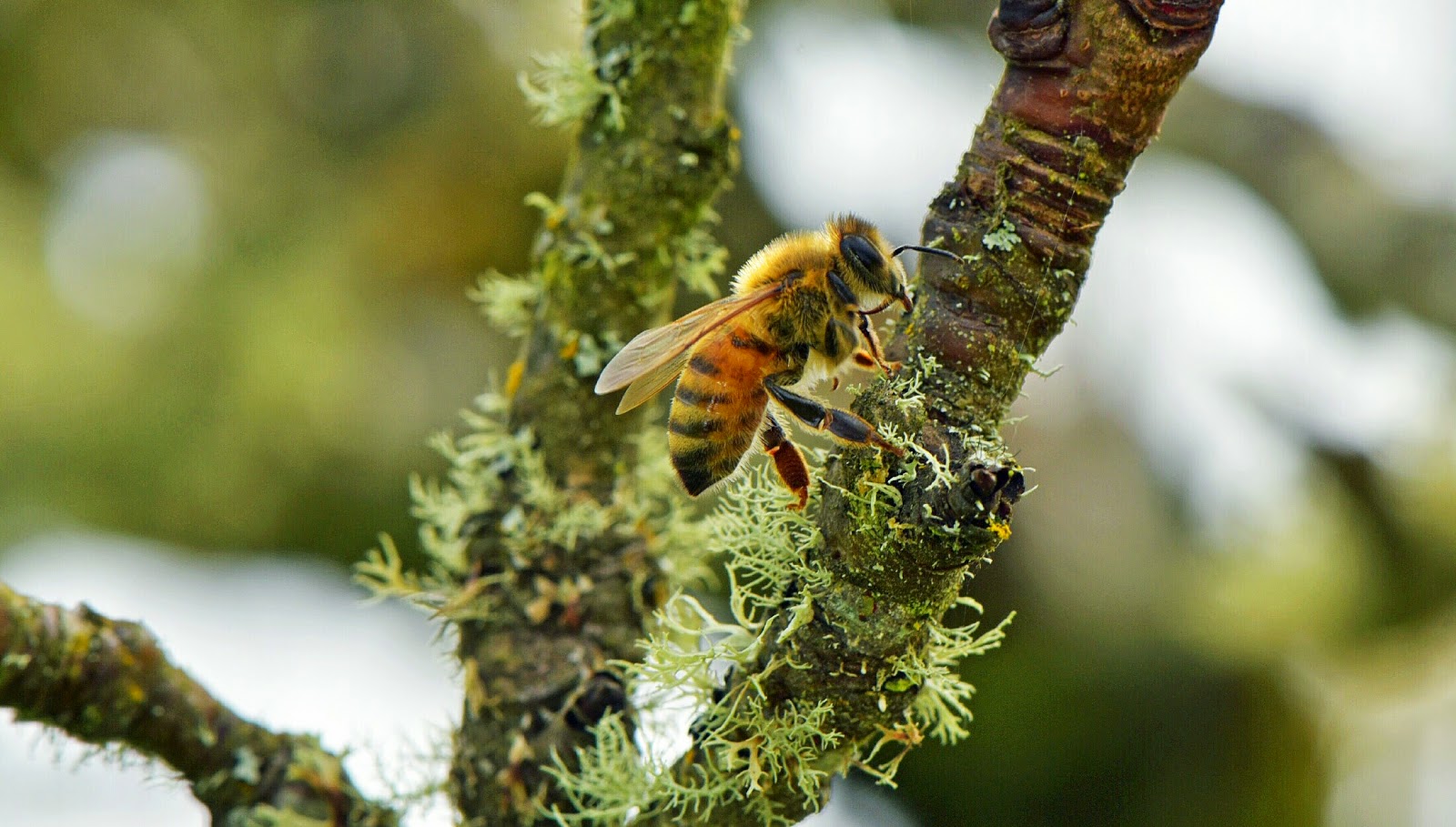 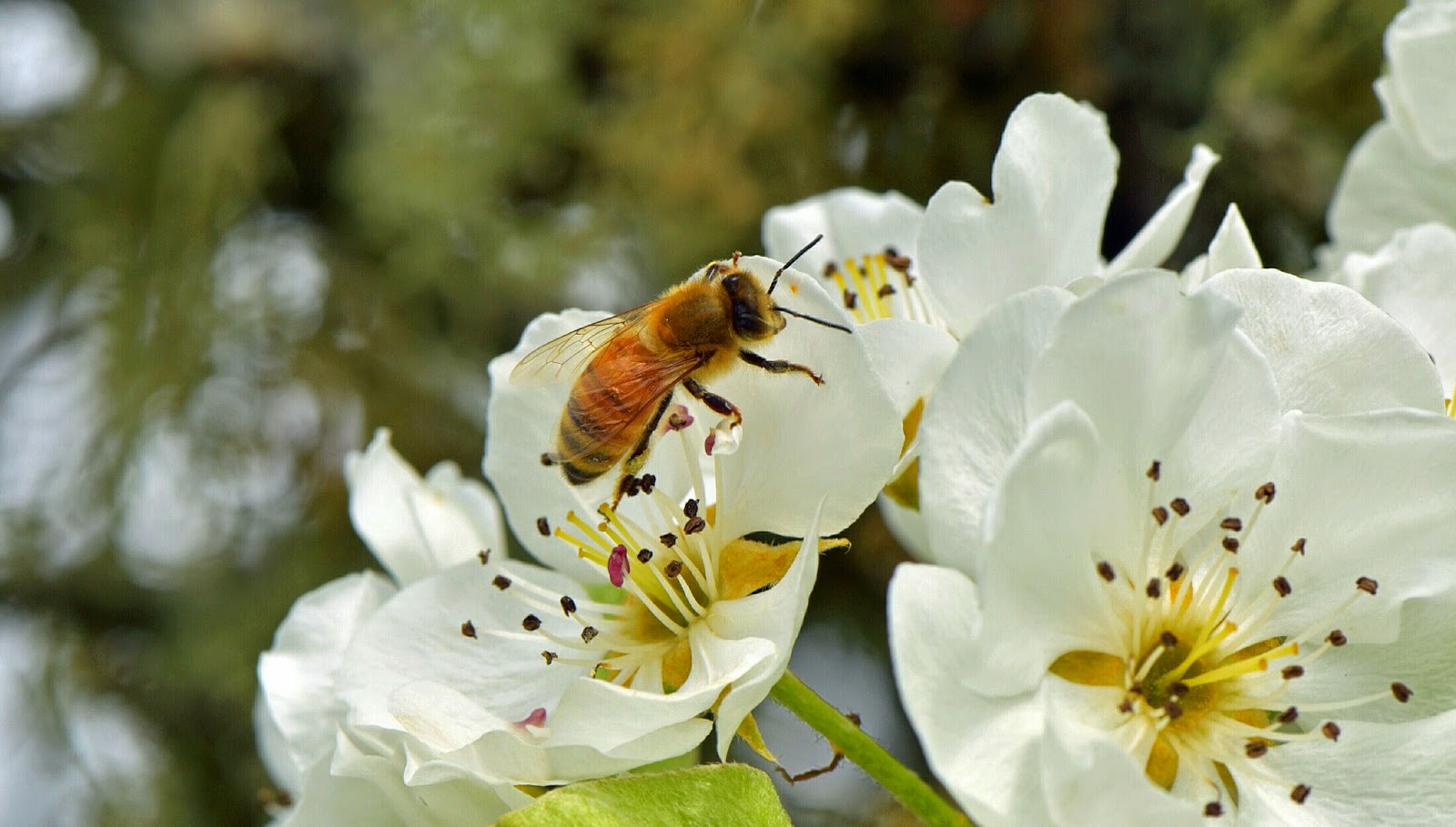 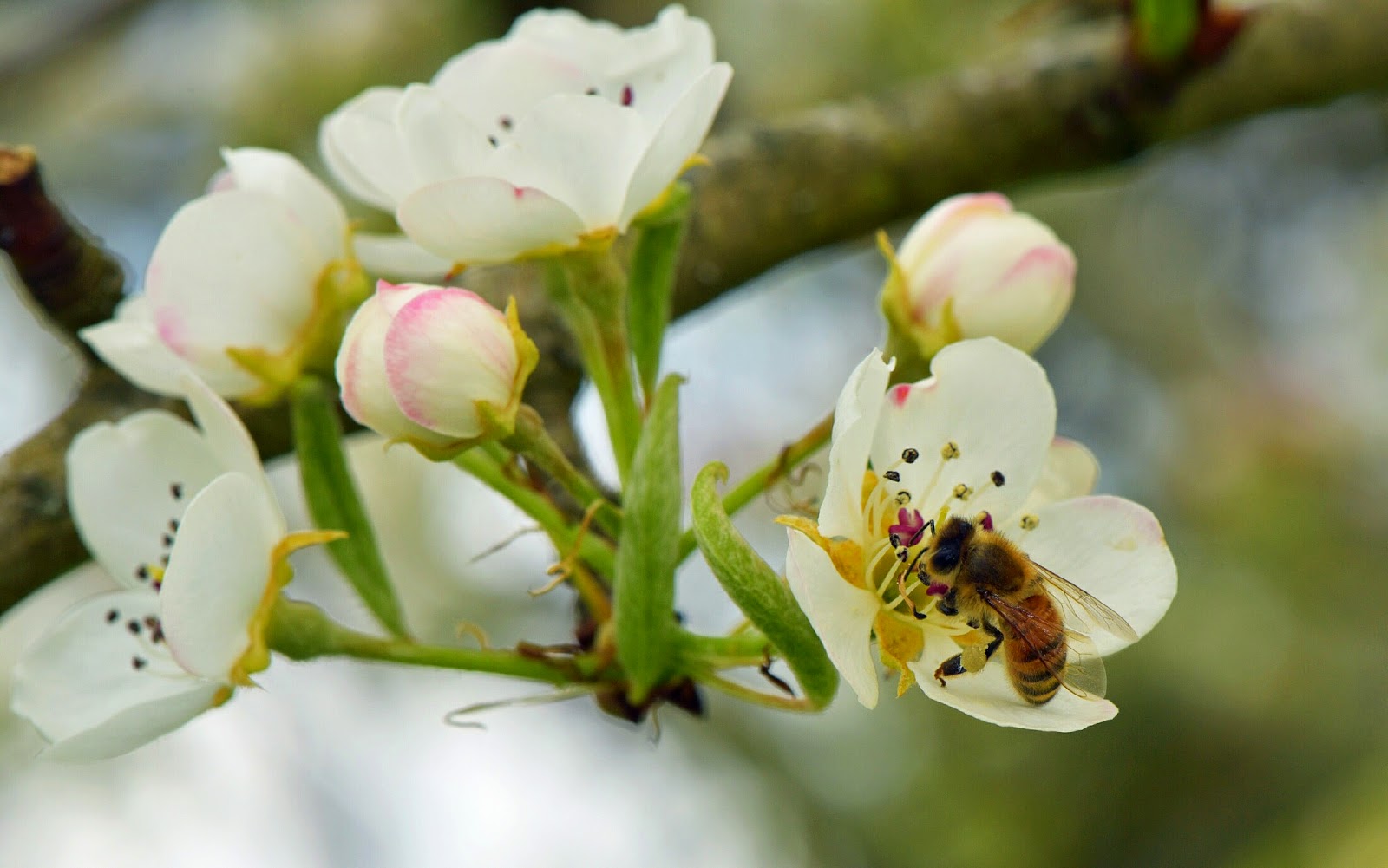 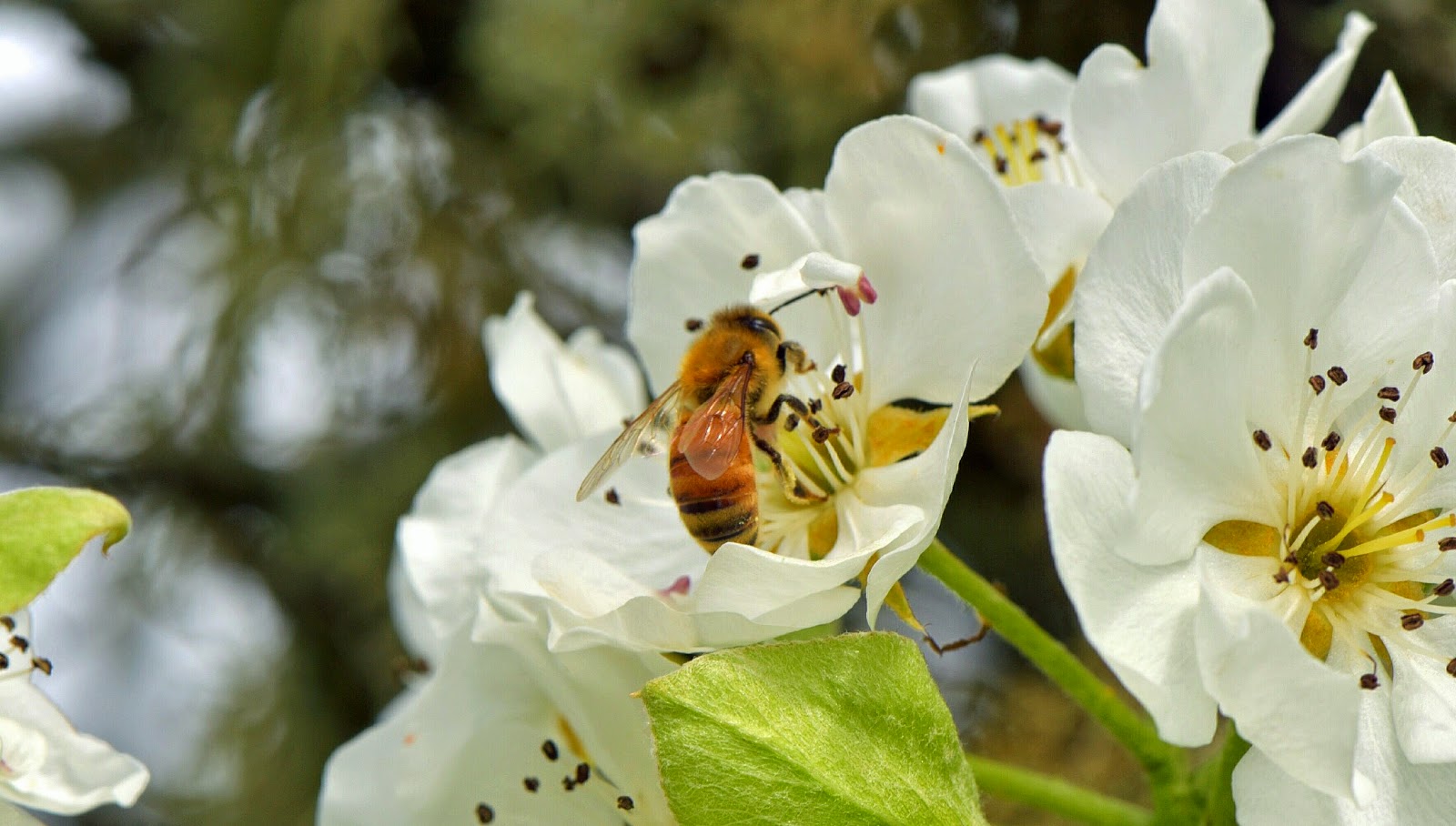 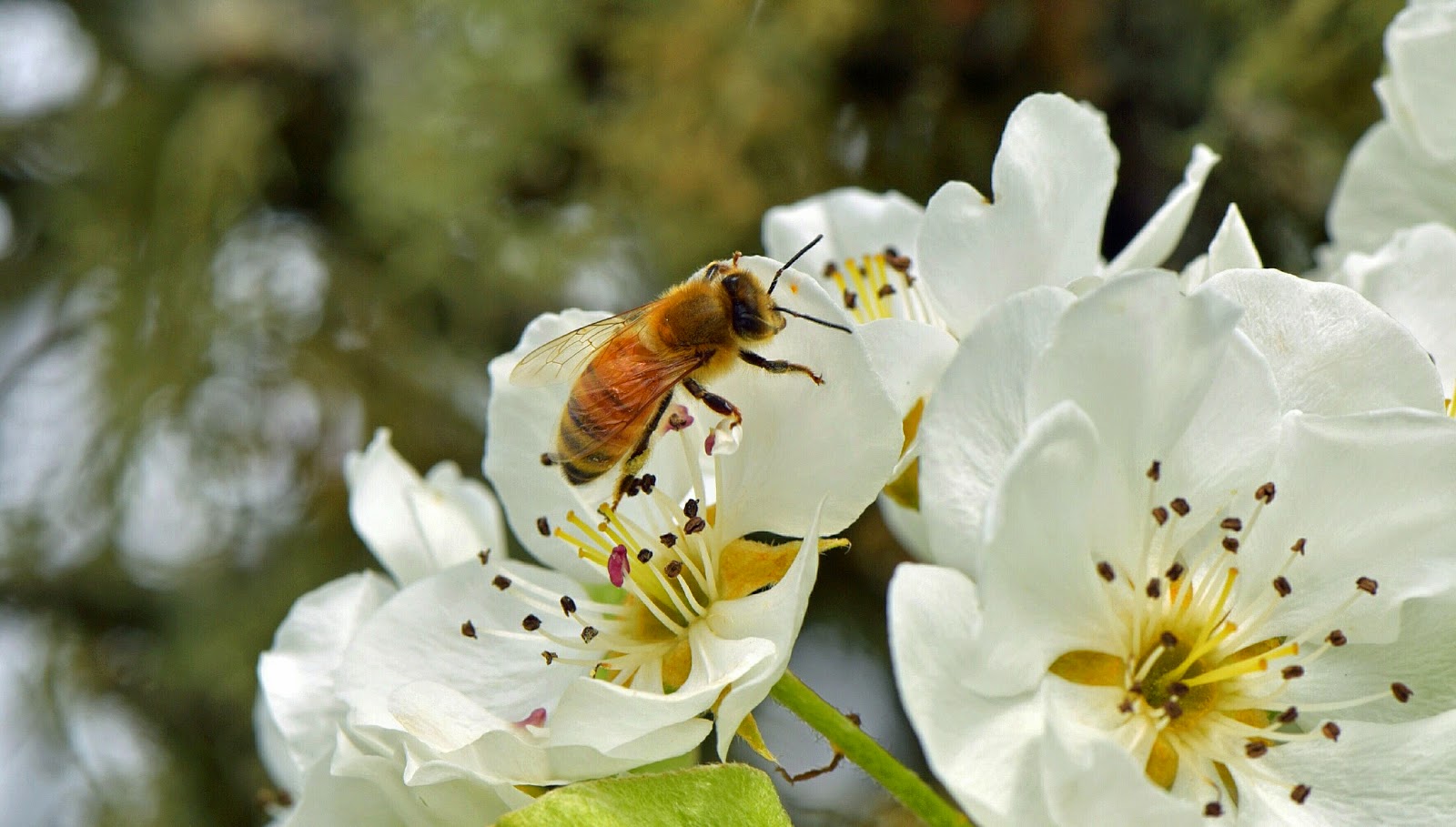 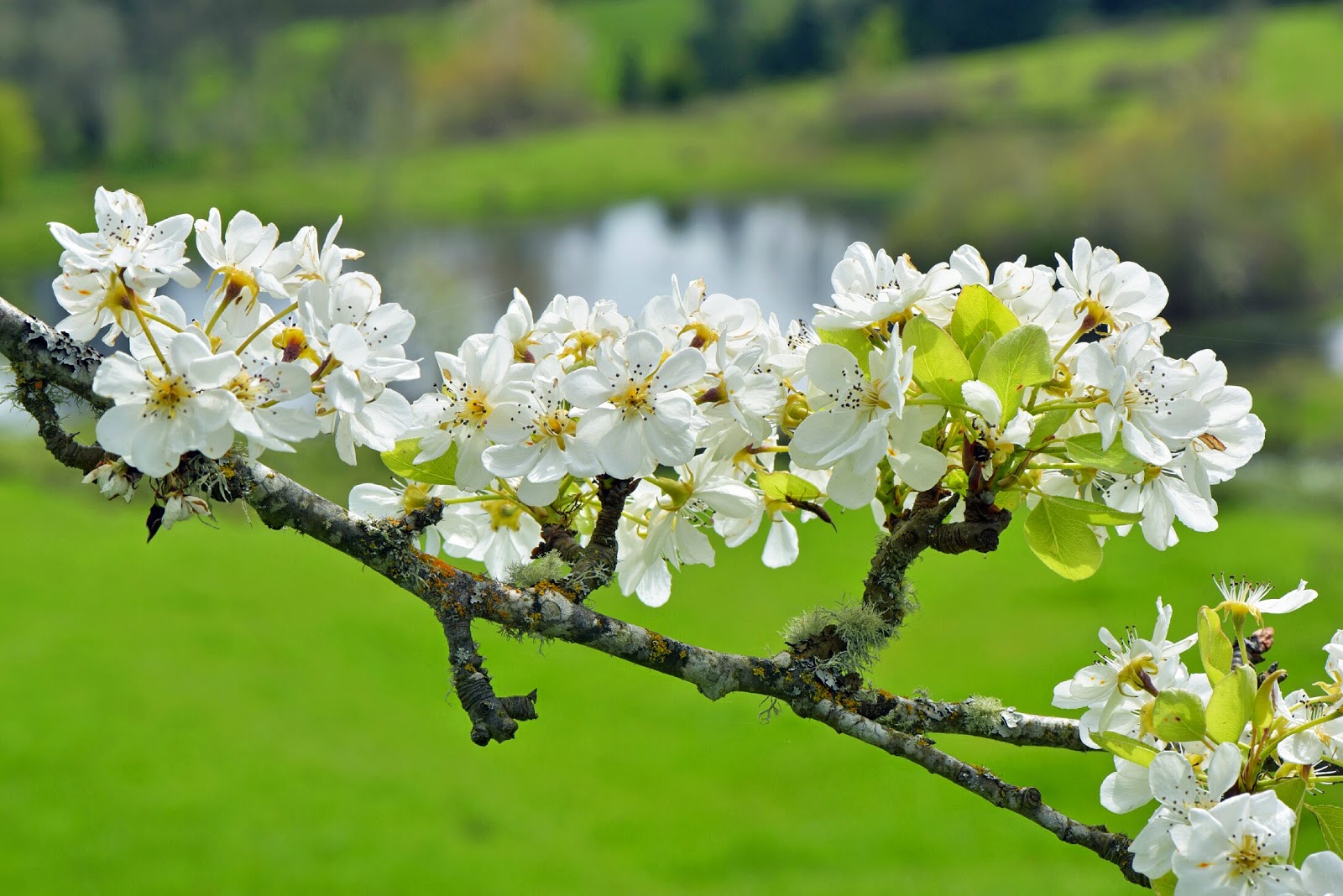 Posted by MuddyValley at 7:20 PM 7 comments: 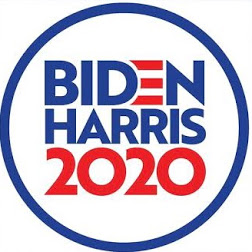